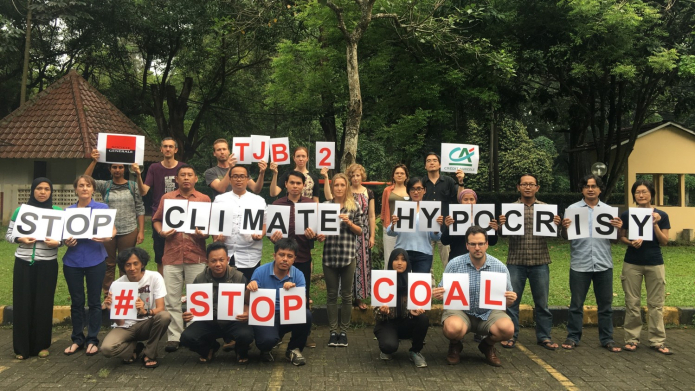 After a year of campaigning by Friends of the Earth France, Société Générale confirmed the implementation of the new coal power policy it adopted in October 2016, which states that the bank will not finance any more any new coal plant around the world. The policy took effect on January 1, 2017, so Société Générale had to drop out of the financing of the Tanjun Jati B 2 coal power expansion project in Java, Indonesia, which did not reach financial close before the bank's internal deadline. Read more