For more information, please contact Beau O’Sullivan at beau.osullivan@shareaction.org or +44 203 475 7859 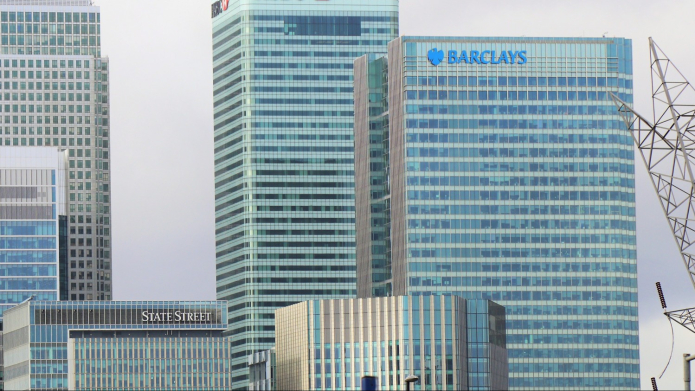 Today a group of shareholders, coordinated by ShareAction, have taken formal action at Barclays, asking the bank to phase out its financing of fossil fuel companies that are active agents in driving the climate crisis.

11 institutional investors managing over GBP130 billion including Brunel Pension Partnership, LGPS Central, Sarasin & Partners and Folksam Investors have filed a shareholder resolution at Barclays alongside over 100 individual shareholders, led by ShareAction, the responsible investment charity. It will be voted on by investors at Barclays’ annual general meeting in May 2020.

This landmark resolution – the first climate change resolution filed at a European bank – requests that Barclays publishes a plan to gradually stop the provision of financial services (including project finance, corporate finance, and underwriting) to companies in the energy sector, and to gas and electric utilities that are not aligned with the goals of the Paris climate agreement.

Since the Paris Agreement was signed in 2015, Barclays has provided more than USD85 billion of finance to fossil fuel companies and high-carbon projects such as tar sands and Arctic oil and gas. This makes it the world’s sixth largest backer of fossil fuels, and constitutes the highest level of fossil fuel financing of any European bank, exceeding its peers by over USD27 billion.

In May 2019 a group of Barclays’ investors backed a letter from ShareAction to the bank asking it to stop funding companies involved in coal mining or oil sands exploitation.

The proposal also encourages Barclays to consider the social dimension of the transition to a resilient and low-carbon economy, as per the Paris Agreement. This makes it the first climate change resolution to include a so-called ‘just transition’ ask in its supporting statement. Investors representing more than USD5 trillion have already expressed support for the just transition.

This resolution represents a significant opportunity for Barclays to bring its lending practices in line with global climate ambition and play an active role in accelerating the low-carbon transition.

The resolution is the first in a series of actions in 2020, which will put financial services to the test on climate change in the run up to the UK-hosted COP26 climate talks.

Shareholders filing the resolution have signalled their hope that Barclays board will choose to respond positively by recommending a vote in favour at May’s AGM.

Jeanne Martin, Campaign Manager at ShareAction, says: “The message is clear: piecemeal changes in energy policy will no longer cut it. For too long, minor policy improvements have provided cover for the banking sector, while failing to halt fossil fuel financing. We know what needs to happen. Banks must align their lending with the science. If Barclays supports the Paris Agreement, it will support this resolution.”

“We believe that it is crucial for investors to carry out climate change risk assessments across the whole financial chain. As banks are the biggest lenders, they are a key component of this. The lending practices of many banks poses a serious threat to the goals to the Paris agreement. As such, we welcome ShareAction’s call to the world’s largest banks to integrate climate change risk assessment and to set and disclose adequate phase-out targets in response. We hope the Barclays Board formally supports this resolution.”

Natasha Landell-Mills, CFA, Partner, Head of Stewardship at Sarasin & Partners, which manages over GBP14 billion, says: “Aligning financial flows with the goal of keeping temperature increases well below 2C, and preferably to 1.5C, was hard-wired into the Paris Climate Agreement for good reason. Continued financing of harmful fossil fuel activities puts this target at risk, with potentially devastating consequences for us all. And yet, this is precisely what is happening today, and Barclays is amongst the most prolific bank financiers globally of such activities.

“It is therefore vital that Barclays’ Board ensures that it no longer supports – whether through direct lending or underwriting – any activities that run contrary to the Paris Agreement. Failure to act leaves directors open to charges that they have failed to meet their obligations under the UK Companies Act. It also exposes the bank and its shareholders to heightened capital risks as decarbonisation accelerates. At a time of economic uncertainty, the Board should not be taking on additional risks.”

Julian Corner, CEO of Lankelly Chase, which manages GBP153 million, says: “Time is running out to prevent global heating of 1.5c above pre-industrial levels, with catastrophic consequences, and it is now imperative that financing for fossil fuels must stop. We therefore urge the Barclays Board and our fellow shareholders to support this resolution at the AGM. Unless Barclays can demonstrate alignment with the Paris Agreement, it can no longer have a place in the portfolios of any responsible investor.”

Stephen Power of the Jesuits in Britain, which manages GBP531 million, says: “Climate change is the most pressing challenge the world faces. The Jesuits in Britain support the resolution to align Barclays with other banks taking steps to meet Paris targets, both in response to the increasing scientific evidence that effects of climate change are accelerating and for reasons of sound business sense. The scale of the challenge means large global banks should do all they can to help avert the severe financial risks that could result from a failure to meet the Paris goals. The resolution seeks to ensure that major energy sector companies take the Paris targets seriously but also that the finance and banking sector do not allow deviation from them.”

Annette Lanjouw, Chief Executive Officer of the Arcus Foundation, says: “The climate crisis is an existential threat to all people, non-human animals and habitats – to life as we know it. Financial institutions and investors have the power to mitigate this threat in an impactful way with more conscious, disciplined investing as specified in this resolution. Our hope is that Barclay’s bank will set an example that others will follow and build momentum toward a reversal of the unnecessary and life-threatening decline in the world’s biodiversity.”

Danielle Fugere, President of shareholder representative As You Sow, says: “Shareholders are asking Barclays to immediately begin reducing its funding to the projects and companies that are causing catastrophic global warming and increasing risk to people, the planet, and investors’ portfolios. This is not a chicken–and–egg situation; we cannot realistically expect change from high emitters while unfettered funds continue to flow to them. Hard decisions are called for by both companies and banks and we hope that Barclays joins other global banks in signaling dramatic change by aligning its funding decisions with the Paris Agreement’s goal of maintaining global temperature rise well below 2 degrees Celsius.”

Given the systemic threats posed by climate change, and the rising regulatory scrutiny of banks’ resilience to accelerated decarbonisation and climatic impacts, this resolution supports the long-term economic interest of shareholders.

While the implementation of the resolution would be a matter for the Board of the company, the co-filers of this resolution expect disclosure on the criteria and processes Barclays puts in place for determining whether a borrower is meeting Paris Agreement targets.