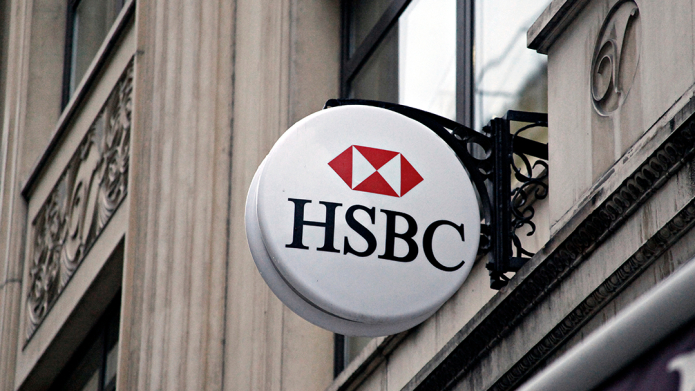 HSBC’s board has tabled a resolution that commits the company to phase out financing of coal-fired power and thermal coal mining by 2030 and in OECD-countries and by 2040 elsewhere.

The resolution will be put to a vote at HSBC’s AGM on 28th of May. It follows months of negotiations between HSBC and a USD 2.4 trillion coalition of investors led by campaign group ShareAction, who in January filed a shareholder proposal calling on the bank to reduce its exposure to fossil fuels.

The coalition, which includes Europe’s largest asset manager, Amundi, and the world’s largest publicly-listed hedge fund company, Man Group, agreed to withdraw the shareholder proposal in exchange for the board-backed resolution, but said it may take further action next year if it is unsatisfied with the bank’s implementation of the new commitments.

Jeanne Martin, Senior Campaign Manager at ShareAction, said: “Today’s announcement shows that robust shareholder engagement can deliver concrete results and sets an important precedent for the banking industry. Net zero ambitions have to be backed up with time-bound fossil fuel phase-outs and today HSBC has taken an important step in that direction.

Our focus now turns to ensuring it delivers on these commitments. HSBC must ensure that its coal phase-out policy, to be published before the end of the year, includes a clear commitment to stop financing coal developers and top coal companies and to ask its clients to publish their own coal-phase out plans by 2023 at the latest.”

The HSBC board-backed proposal is a ‘special resolution’, which would become binding on the bank if approved by 75% of shareholders at the AGM.  If passed, it would commit the bank to:

in the board resolution’s supporting statement, which will be published on 24 March in HSBC’s Notice of Meeting for the AGM.

These include a commitment from the bank to “use science-based scenarios that follow 1.5 degrees Celsius warming pathways, and which are not overly reliant on negative emissions technologies, to assess alignment of financing activities. We plan to provide further detail on this approach by the end of 2021, starting with the Oil & Gas and Power & Utilities sectors, and including methodology, scenarios, treatment of negative emissions and core assumptions used.”

ShareAction said this makes HSBC the first mainstream bank to take such a stance on negative emissions technologies and noted that the IPCC has said that CO2 removal “deployed at scale is unproven and reliance on such technology is a major risk in the ability to limit warming to 1.5°C.”

HSBC’s statement also acknowledged that, “the expansion of coal-fired power is incompatible with the goals of the Paris Agreement.” Jeanne Martin said this was a significant statement for the bank, which channelled more than USD 15 billion to coal developers between October 2018 and October 2020. As recently as January HSBC had argued that “divestment was not the best option for the environment or for the people and the communities that rely on these traditional industries.”  A coalition of 20+ Asian NGOs recently published an open letter refuting this claim.

The supporting statement also said HSBC would “publish by the end of 2021 a policy that will… provide further detail on the phase out plan, its scope and interim targets” and that it would “engage with Shareaction, representatives of the group of co-filing institutions and other stakeholders in the development of this policy.”

The co-filers of the shareholder resolution wrote to HSBC’s CEO Noel Quinn and Chair Mark Tucker on Wednesday, welcoming HSBC’s commitments. However, the group noted that “The focus now must be on putting these plans into practice. We look forward to working with the Board on the development of its targets and plans.”

In particular, the investors ask that HSBC’s coal policy, to be published by the end of 2021, includes:

The letter concluded, “Whilst we have withdrawn the shareholder resolution this year, we may take further action next year if we are unsatisfied with the bank’s progress. In the meantime, we look forward to supporting the Board and executive team as you move forward with delivering on these commitments.”

Luisa Florez, Head of ESG Solutions at La Banque Postale Asset Management, said:
“This resolution illustrates how collective active engagement and constructive discussions between investors and companies deliver concrete and impactful results, which ShareAction had an instrumental role in facilitating. HSBC’s commitment is a call for action and an example for the banking industry and the Asian players. Having said that, we will keep monitoring the evolution and implementation of HSBC’s commitments as part of our climate engagements.”

Colin Baines, Investment Engagement Manager at Friends Provident Foundation, said: “We are happy with HSBC’s response and particularly welcome commitments to align its financing with the Paris agreement, including short- and medium-term targets aligned with the 1.5C goal. As a major financier of the coal industry, HSBC’s commitment to phase out from coal is a powerful one. However, we cannot sit back and relax just yet. HSBC’s investors need to back the resolution and make their expectations for HSBC’s new coal policy and climate strategy clear today, to ensure HSBC sets the benchmark for other banks to follow. One that is fully aligned with the climate science, requires near term behaviour change, and includes a commitment to stop financing coal developers.”

Jens Munch Holst, CEO of AkademikerPension, Denmark’s pension fund for academics, said: “HSBC’s commitment to phase out from coal is a wake-up call to the Asian banking and coal sectors and will contribute to the much-needed transition away from coal dependency in the region, while at the same time increasing HSBC’s own resilience to climate risk. We applaud the bank for this bold move, which will need to be backed by robust implementation of an ambitious, detailed and clear coal policy.”

Natasha Landell-Mills, Head of Stewardship at Sarasin & Partners, said:“Today, HSBC has demonstrated how a global bank can act as a positive force in protecting our planet from climate change. Working with shareholders, HSBC has published a Resolution to be voted on at its forthcoming AGM, which commits it to align its financing with keeping temperature increases to 1.5C – including an explicit target to phase out its exposure to coal. By covering all aspects of its financing, all regions in which it operates, and all sectors that it lends to, HSBC’s commitment offers a model for other banks to follow.

In the end, of course, what matters is that the Board’s words are matched by action that reflects the urgency of our climate crisis. All eyes will now turn to the targets HSBC plans to publish in coming months for phasing out its coal and other fossil fuel financing. We hope, and expect, the Board to live up to its promises.”

Emilie Westholm, Head of Responsible Investments & Corporate Governance at Folksam Group, said: ”We appreciate HSBC’s transparency and willingness to engage with us throughout this process, as well as their efforts made to address our key concerns. Having said that, we will continue to monitor the bank’s implementation efforts in the coming year. HSBC has the size and global reach needed to take a leading role in the transition towards a net zero economy, and we look forward to continuing this dialogue together with ShareAction and the wider co-filer group.”