Home › News
SACE and Intesa Sanpaolo finance Arctic exploitation
Few days after the end of COP26, the Italian export credit agency SACE has confirmed the insurance coverage for the financing of the Arctic LNG-2 project by Intesa Sanpaolo and Cassa Depositi e Prestiti.
By: ReCommon
2021-11-22 Share this page: 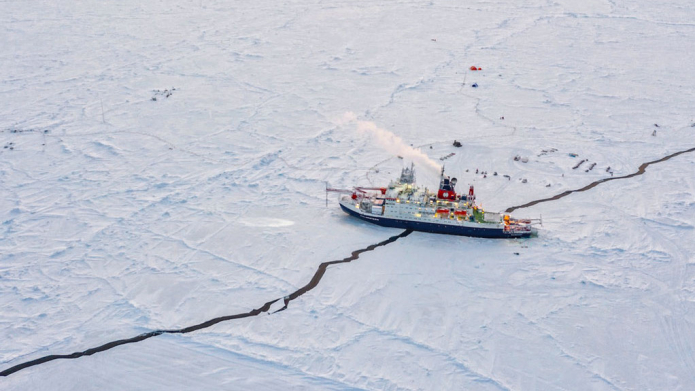 Few days after the end of COP26, the Italian export credit agency SACE has confirmed the insurance coverage for the financing of the Arctic LNG-2 project by Intesa Sanpaolo and Cassa Depositi e Prestiti. Arctic LNG-2 is a natural gas liquefaction mega-project of the Russian company Novatek, under construction in the Gydan peninsula, one of the most endangered territories in the Russian Arctic.

The news was reported last Thursday by Italian Ambassador to Russia Giorgio Starace and picked-up by the international news agency Reuters. In comments made to Russia’s Interfax news agency and confirmed by his office, Starace said that Italy would continue to be a major partner in the project, both commercially and in terms of credit and insurance.

According to Reuters, Starace met with SACE executives, who told him that the agency was ready to provide insurance coverage, in the days when COP26 was taking place in Glasgow. In the frame of the climate summit Italy pledged to end direct public subsidies for international fossil fuel projects by the end of 2022.

"The inconsistency of the Italian government is unacceptable", comments Simone Ogno of ReCommon. "If a good start bodes welll, we are now sure that by the end of 2022 there will be a rush to public financing of fossil fuel mega-projects such as Arctic LNG-2, which we consider yet another attack on climate justice."

SACE can count on a very rich fossil fuel portfolio, and in the period 2016-2020 it has guaranteed € 8.6 billion for new fossil fuel projects. Driving this boom are guarantees for Eni’s gas extraction in Mozambique, but also support for banks and companies involved in devastating projects in the Arctic Region – where it has already backed Yamal LNG – and in Africa, where it could enter the disputed EACOP pipeline, between Uganda and Tanzania.

As with the financing of the Yamal LNG project, the role of Intesa Sanpaolo was fundamental in closing the deal, identified by Novatek as a privileged financial institution for its business. The Italian financial group has excellent relations with Moscow, a relationship that revolves around the figure of Antonio Fallico, president of Banca Intesa Russia and the Conoscere Eurasia association, which organizes the Eurasian Economic Forum in Verona, where these agreements take shape.

The first Italian bank should grant at least 500 million euros to companies involved in the project. A loan that has been rumored for at least two years, but came to fruition only after the certainty of a public guarantee to cover any losses.

In addition, with the financing of Arctic LNG-2, the ad hoc nature of the clause inserted by Intesa in its latest public commitments in relation to climate and environment is evident. In fact, the July policy excludes funding for offshore projects in the Arctic, while allowing for onshore projects, as in this case.

In 2020 alone, the Turin-based financial giant granted € 515 million to fossil fuel companies primarily engaged in hydrocarbon exploration and production in the Arctic Region. On the other hand, investments amounted to € 866 million.

"Intesa Sanpaolo confirms itself as a champion of greenwashingin the Italian financial landscape," comments Daniela Finamore of ReCommon. "On the occasion of COP26, Intesa boasted net-zero commitments by 2050, along with other international financial institutions. Very vague and long-term commitments, which in fact mean unconditional funding to the fossil fuel industry."