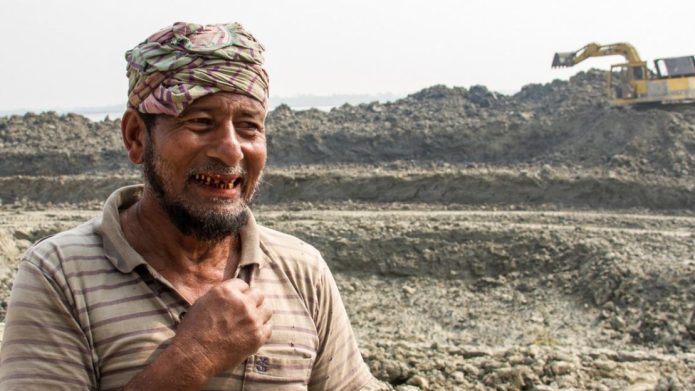 Photo: Joe Athialy of the Center for Financial Accountability

Some of the biggest players in global finance are quietly backing the world’s most dangerous coal plant, according to an investigative report released today. International investors are enabling and profiting from the proposed Rampal plant in southern Bangladesh despite persistent warnings that it will damage the world’s largest mangrove forest, intensify climate change and imperil the lives of 2 million people.

These previously hidden backers include the World Bank’s private-sector arm, the International Finance Corporation (IFC); leading U.S. asset managers BlackRock and Vanguard; pension funds including the U.S. fund for teachers, TIAA; and Japanese commercial banks. The Asian Development Bank has proposed a $700 million loan to build transmission lines in southwestern Bangladesh that will carry the electricity from the plant. All have social and environmental guidelines, or have made public statements about sustainable investment, that should preclude them from enabling a project like Rampal.

The report, “Time to Come Clean: How International Investors Can Stop the World’s Most Dangerous Coal Plant,” calls on these investors to use their leverage to halt the project. It urges the IFC, a substantial indirect backer of the project through its investments in Indian banks, to take a lead in coordinating a pushback among investors.

Rampal is being built just 14 kilometers from the Sundarbans, a UNESCO World Heritage-designated mangrove forest. Two million Bangladeshis and Indians depend on the Sundarbans for food, water and income. The forest also plays an outsize role in the fight against climate change by sequestering large amounts of carbon and protecting low-lying Bangladesh from cyclones and floods.

UNESCO, former U.S. Vice President Al Gore, and a number of climate and energy scientists have all called for the plant to be cancelled. An Indian-Bangladeshi consortium is developing the project.

Time to Come Clean: How International Investors Can Stop the World’s Most Dangerous Coal Plant