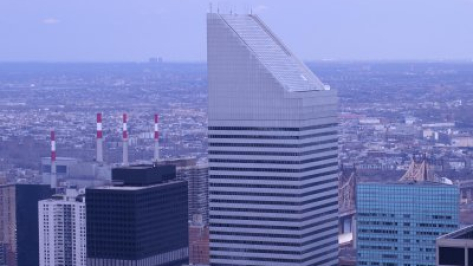 "The number one financier of coal power in the U.S. wants people to look the other way while it bankrolls climate chaos and destruction. Citigroup's announcement of a new clean energy target today, absent a similarly ambitious commitment to reducing fossil fuel exposure, amounts to greenwashing, plain and simple. Citi was the number one lender and underwriter of coal-fired power in 2013, and the same year it also financed $434 million for mountaintop removal coal mining, which is poisoning communities in Appalachia. It's misleading for Citi to leverage its green investments as a PR opportunity while shirking its responsibility to communities and to the climate. There's no green energy on a dead planet."

Citigroup announced a $100 billion clean energy target today as its ten-year sustainability financing commitment, but made no promises to reduce its exposure to fossil fuels, despite being the number one financier of coal-fired power in the United States, with a 23.6 percent market share and over $6.4 billion in lending and underwriting for coal power in 2013 alone, according to "Extreme Investments, Extreme Consequences," the 2014 coal finance report card released by Rainforest Action Network, BankTrack, and the Sierra Club.