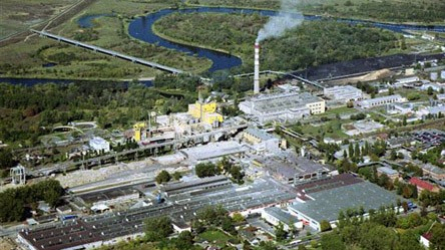 CommerzBank is the main stockholder of the Polish bank mBank, which is financially involved in the biggest Polish coal companies, e.g. Enea, PGE and ZE PAK.

Polish energy companies want to build more than 10GW of power plant capacity – 3.2GW is already under construction. Currently, the biggest planned power plant in Poland is Ostroleka C (1,000 MW) and one of its main investors is Enea.

According to independent experts, during its expected 40-year operation, Ostroleka C may contribute to 2,000 premature deaths. The investment will also have negative impacts on nature – its zone of influence will affect two Natura 2000 areas and indirect impacts will reach Puszcza Biala. Further, according to two studies , the project is financially irrational and its cost has been grossly underestimated. It is also facing major regulatory problems.

Meanwhile, other Polish power companies funded by mBank – PGE and ZE PAK – are also planning to build new open pits in Poland. These investments are proving to be very controversial and they face local inhabitants' protests. One of these projects, the Zloczew mine, is already well advanced.

CommerzBank, according to its policies, implements the strategy of sustainable development, taking into account the recommendations and resolutions of the United Nations Sustainable Development Goals and the Paris Climate Accord. However, as a shareholder of mBank, CommerzBank still does not feel obliged to take responsibility for the actions of its Polish subsidiary, and by taking no action ensures that mBank continues to finance the Polish coal sector and associated infrastructure.

These are the main reasons why environmentalists are very concerned and took part in the General Assembly of Stockholders of CommerzBank (May 8) to call on the bank to improve its climate policies and to stop funding companies which plan new coal-based projects, also via its Polish subsidiary.

CommerzBank referred to trade secrets and did not respond to questions about coal investments. CommerzBank upheld last year's statement that mBank is considered to be an independent company that has autonomy in managing the bank. CommerzBank did not commit to any action aimed at influencing mBank to implement a carbon-free environmental strategy, but instead only to monitor the mBank case.

Radosław Gawlik, President of Ecological Association EKO-UNIA and anti-smog activist, commented: "In the state with the highest level of air polution in the European Union, Polish society will be exposed to even more contamination. Unfortunately, some banks and financial institutions still co-fund or service the funding of such investments and mBank is one of them."

Katarzyna Kubiczek, of Ecological Association EKO-UNIA, also pointed out: "If CommerzBank wants to support pro-health and environment-friendly activities, it should consistently stop granting, also through their subsidiary, new loans to coal companies and should stop signing agreements concerning the issue of bonds by coal companies. It should also implement principles and requirements concerning environment and climate protection across its whole group. We hope that CommerzBank will not fund the Ostrołęka coal power plant in Poland, or Energa and Enea which have created this unwanted project."

1. "Research on the health impact of the planned Ostrołęka C", by Łukasz Adamkiewicz