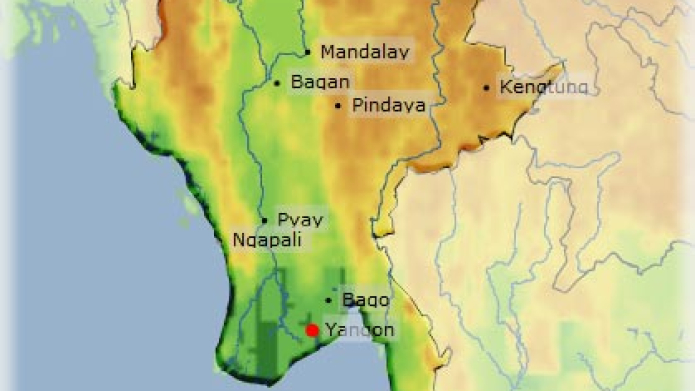 On 19th of june 2006, the Burmese Nobel Prize winner San Suu Kyi celebrated her 61st birthday. Her party, the National League for democracy, asks the Belgian banks not to invest in companies with important activities in Burma. The leader of the Burmese democrats calls for an economic boycott of her country and states that foreign investments offer financial and moral support to the military dictators. The City of Brussels, which has recently become ‘Municipality for Burma’, also objects to investments in companies with activities in Burma. The financial groups AXA, Dexia, KBC, Fortis and ING are not willing to give up these investments. Reason for Netwerk Vlaanderen, a Belgian ngo promoting sustainable investments, to pay them a visit.

In the early morning Netwerk Vlaanderen distributed birthday cards amongst the employees of ING, Dexia, Fortis and KBC. They asked them to give a birthday present to San Suu Kyi by urging their bank to disinvest from companies in Burma. Later that day a delegation of Burmese democrats, human rights activists, actors and a filmcrew, visited the Brussels City Council. They were received by Bruno De Lille, Deputy Mayor for international solidarity. He explained why the city of Brussels has become ‘Municipality for Burma’ and voiced his birthday message for San Suu Kyi in front of the camera. This message will be broadcast in Burma.
After this intervention, the delegation visited the headquarters of ING, Fortis, KBC and Dexia. The activists asked the spokespersons of the banks for their message to San Suu Kyi and read them a statement against investments in Burma, signed by a broad range of international organisations. The banks were treated with a delicious Birthday Cake, an entertaining theatre piece and music. The employees were amused and some of them even sang along to ‘Happy Birthday Aung San Suu Kyi’.
If only they would also help to end investments in Burma, everyone would be happy!