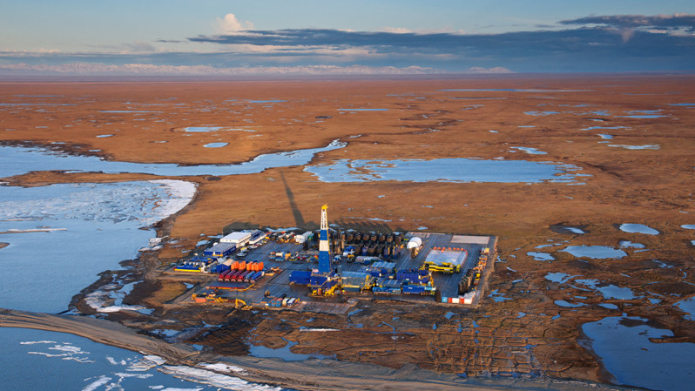 Morgan Stanley, the world's eleventh biggest financer of fossil fuels, updated its energy policy. The new policy excludes financing oil & gas exploration in the Arctic, including Alaska's Arctic National Wildlife Refuge. The policy update also rules out direct financing of new thermal coal mines and coal-fired power plants, as well as a commitment to phase out financing of thermal coal companies. Unfortunately, the policy update does not rule out financing of deep water drilling, tar sands and fracking, which Morgan Stanley financed for a total of $6.4 billion last year according to the Banking on Climate Change report.

The Arctic region, and especially the Arctic National Wildlife Refuge, is often recognized as one of the finest examples of wilderness remaining anywhere in the world. Many species like polar bears, caribou and over 200 species of migratory birds depend on its unique ecosystem. Drilling in this pristine wilderness would likely cause irreversible damage to the ecosystem and would be a disaster for indigenous rights. The 7.7 billion barrels of oil that are hidden in the Arctic National Wildlife Refuge, should stay where they are: in the soil.

For the last two years, campaigners from the Sierra club and leaders from the Gwich’in Steering Committee have had numerous meeting with major banks to discuss the threads of drilling in the Arctic National Wildlife Refuge. Ben Cushing, a campaigner from the Sierra Club, commented in a press release: “Every other major American bank sees that it would also be a disaster for the reputation of any company foolish enough to get involved. Now all eyes are on Bank of America to see if they’ll get the message too or risk the major public backlash that would come with financing the destruction of this unique and sacred place.”

Gwich’in Steering Committee Executive Director Bernadette Demientieff added: “Keeping destructive drilling out of the Arctic Refuge is critical to the survival and way of life of my people, and we are thankful that so many major banks are listening to us and taking our human rights seriously. If Bank of America refuses to commit not to fund Arctic drilling, they’ll have the Gwich’in Nation and the millions of Americans who stand with us to answer to.”