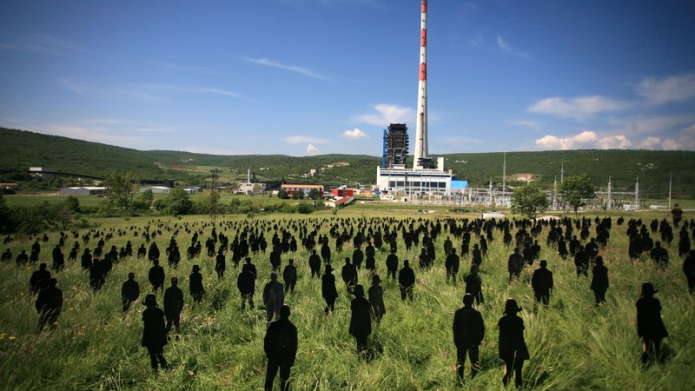 The new policy from Crédit Agricole has been announced less than a month after the publication by Friends of the Earth France and Croatia, BankTrack and CEE Bankwatch Network of a study which shows the incompatibility of the Plomin C project with the bank's own corporate social responsibility standards. Crédit Agricole had responded to the report and publicly defended its advisory role in the project . However today's policy changes now rule out the bank's involvement in Plomin C.

Lucie Pinson, campaigner at Friends of the Earth France, said:

Bernard Ivčić, director of Friends of the Earth Croatia, said:

"By losing the support from its advisory bank, the project promoter Marubeni will now be faced with a much bigger problem to find the necessary financing from international banks. This is one more obstacle for a project that besides being a hazard for health and the environment also violates local and European laws. Alternatives to fossil fuels exist. Only 12.5% of wind potential and 0.2% of solar photovoltaic potential has been utilised in Croatia. Crédit Agricole must focus its support in these high potential energy sectors."

"The adoption of new coal criteria by Crédit Agricole proves that mobilising is paying off. Already in March this year we congratulated the commitment from French banks not to finance the development in Australia of the world's largest coal zone, as well as the decision from Crédit Agricole to end its support for coal mine projects and for companies specialised in the coal mining sector. Today we are stepping up pressure on all international banks to serve notice to the coal sector before the Paris climate summit by signing the Paris Pledge to quit coal."

Other major banks, such as BNP Paribas, a sponsor of the Paris climate summit and France's top coal financing bank, have yet to make any commitments that would bring about an end to their coal financing.

"We are still a long way from climate excellence and the new Crédit Agricole policy is still very disappointing given the stakes. New coal-fired power plants should not be being built anywhere. Yet the Crédit Agricole policy only rules out finance for them in high-income countries. Thus, it's business as usual in 88% of the market. These new criteria only make Crédit Agricole the best of the worst students in the class, but it is vital that other banks now start to move."

Civil society organisations are now focused on stepping up pressure on the worst coal finance offenders, including BNP Paribas in France, Deutsche Bank in Germany and Morgan Stanley in the United States. Friends of the Earth France is calling on customers of major banks to participate in a day of action on October 10 and switch their accounts away from climate damaging banks to banks with no fossil fuels in their portfolios.

3 Crédit Agricole answer to Friends of the Earth France and BankTrack, September 10, 2015

7. According to the database Global Coal Plant Tracker, which gathers information on every known coal-fired electrical generating unit proposed since January 1, 2010, 6% are in high income countries using the World Bank's definition.