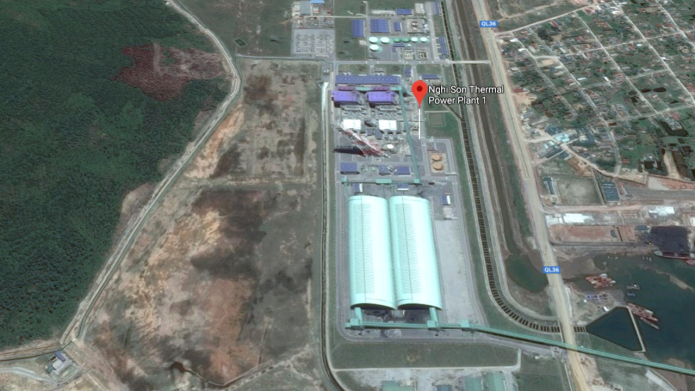 Environmental organizations have condemned Japanese commercial banks for agreeing to finance the new polluting Nghi Son 2 coal power station in Vietnam, calling on the banks to act in accordance with the Equator Principles, a key agreement among banks to manage environmental and social risk and revoke the finance for the Nghi Son 2 coal-fired power plant.

Last month all three banks were made aware of numerous environmental and social risks that make Nghi Son 2 ineligible to receive finance from any bank that is a member of the Equator Principles. However, the banks ignored this advice and proceeded to finance the project, which would generate twice as much CO2 per every unit of power generated as the average generating plant in Vietnam.

“SMBC, MUFG and Mizuho seem to think that people in Vietnam don’t deserve clean air and power, but should get pollution and outdated technology. These double-standards are an insult to those of us who want the chance to develop cleanly and bypass the dirty energy blunders of the Western world”, said Hong Hoang, Executive Director of Vietnamese group CHANGE VN.

Another Equator Principles Financial Institution, Standard Chartered Bank, was a member of the Nghi Son 2 syndicate until last month but withdrew from the final deal.

“Standard Chartered acted appropriately upon learning that the Nghi Son 2 project failed to satisfy the Equator Principles, exiting from a project that it simply could not finance”, said Market Forces Executive director Julien Vincent.

“On the other hand, Japan’s major banks are making a mockery of the Equator Principles, which are supposed to steer banks away from projects where people, process and the environment are neglected. They should be ashamed of their actions”, said Mr Vincent.

“This decision by SMBC, MUFG and Mizuho to fund sub-critical coal plant development in Vietnam is totally at odds with meeting the 1.5-2C Paris Agreement goal and flies in the face of their commitment to disclose and manage climate risks through their endorsement of the recommendations outlined by the Task Force on Climate Related Financial Disclosures” said Shin Furuno, Japan Divestment Campaigner for 350.org Japan.

Breaches of the Equator Principles

Environmental groups have identified the following points that constitute breaches of the Equator Principles related to the Nghi Son 2 project:

Lack of information: Not allowing the project-affected communities access to information about potential impacts and alternatives to the project is contrary to Equator Principle 3, which clearly indicates that financial institutions cannot hide behind the regulatory frameworks in the countries in which they operate.  While Vietnam does not require environmental impact assessments to be publicly available, in “non-designated” countries such as Vietnam, the assessment process for project finance must comply with the International Finance Corporation’s Performance Standard 1, which requires that the project sponsor provide affected communities with access to relevant information on: “(iii) any risks to and potential impacts on such communities and relevant mitigation measures; (iv) the envisaged stakeholder engagement process…”  It is unclear that any of this information was provided to the project-affected communities.

View this news article on the Market Forces website here.