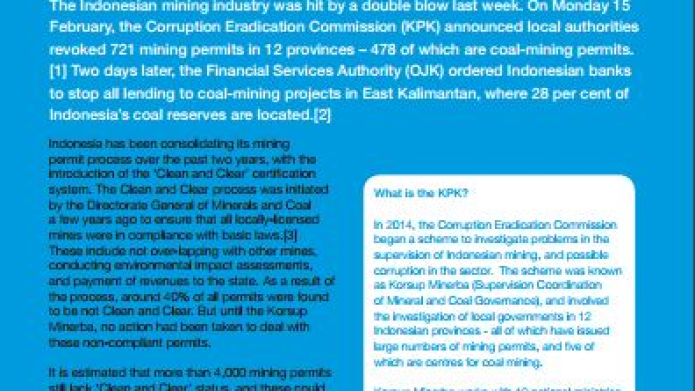 The order for banks to stop giving credit to coal mines in East Kalimantan was announced at the OJK's annual meeting. The banks, including the Regional Development Bank of East Kalimantan, were clearly told that they must not simply reduce loans, but stop lending completely as world coal prices had fallen so low that the credit risk had become unacceptable.