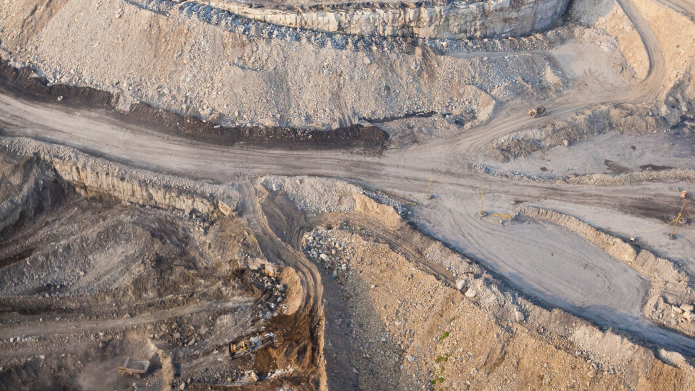 Today, Deutsche Bank (DB) released a new corporate responsibility policy explaining that the bank has begun to phase out the provision of finance to companies that practice mountaintop removal (MTR) coal mining. The updated policy indicates that they will decrease financing for the most significant MTR producers, without transparency around the timeline for finance reduction.

While this policy is a positive move for the bank, it remains incremental in nature, relies on the trend of decreasing MTR production overall, and "the view that MTR is likely to be phased out in the near to medium-term future." This ignores the fact that Deutsche Bank is the biggest banker of MTR, and currently finances Blackhawk, a coal company that has ramped up production at MTR mines over the past year. Deutsche Bank remains badly out of step on the issue of coal financing, as most of its US and European peers are ending financing for the entire coal mining sector, not just for MTR producers.

This measure falls well short of what is necessary to meet the global goal to keep climate change to 1.5 degrees. In December Deutsche Bank signed the "Paris Pledge for Action," committing the bank to accelerate the transformational changes needed to reduce global warming to within acceptable limits. Yet today's policy affirms the bank's continuing support of the coal sector, stating the bank believes "Coal power is still necessary." The bank, along with other financial institutions, must act quickly to transition away from financing fossil fuels, starting with an immediate halt to investment in the coal mining industry and coal-fired power production.

"Deutsche Bank continues to lag behind other banks by taking baby steps on MTR -- while others, having left behind this horrific practice years ago, are now cutting out coal mining altogether. We need an immediate and comprehensive end to the disastrous practice of mountaintop removal mining and real commitment to a carbon-free economy," says Amanda Starbuck, Program Director with Rainforest Action Network.

Currently, Deutsche Bank is the largest banker of mountaintop removal mining, providing financing to top coal producers like Blackhawk to purchase mines from distressed and bankrupt coal companies. Meanwhile, Blackhawk is one of few producers to actually increase production of MTR coal in the past year. Mountaintop removal mining is a public health and environmental disaster and policies like this one that allow exceptions for future financing of this devastating practice are unacceptable. A growing body of peer-­reviewed scientific research has documented the catastrophic health and environmental impacts of mountaintop removal coal production, making it clear that Deutsche Bank would be wise to cut all ties to the practice. Impacted community members from Appalachia, a region where MTR has been heavily deployed, have traveled to Germany in 2013, 2014 and 2015 to confront the bank over its role in MTR finance.

This policy announcement comes less than three months after the historic Paris climate talks, where 195 nations agreed to lower greenhouse gas emissions and to pursue efforts to limit the global average temperature from rising more than 1.5°C. Given those commitments, it is clear that business as usual in financing fossil fuel energy must radically shift to transition the world to a green economy and climate stability.