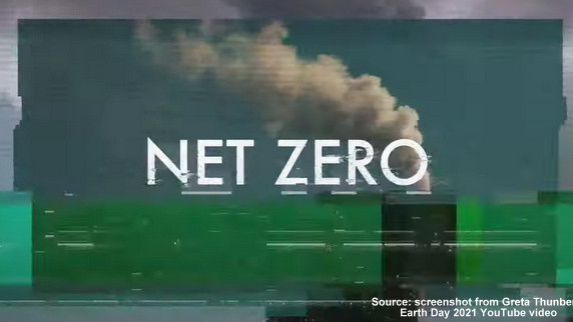 The announcement was eerily similar to the announcement a week and a half ago, when JP Morgan Chase – the world’s #1 backer of fossil fuels and long time target of the climate movement – also joined the alliance. Chase, like RBC and the other big Canadian banks, continues to invest billions in new fossil fuel projects, and has offered no timelines or targets for reducing its climate harming investments.

Keith Stewart, senior energy campaigner at Greenpeace Canada, said: “The world is accelerating toward a zero-carbon economy and Canadian banks are still playing catch up. Until they commit to a near-term phasing out of all financial support for fossil fuels and to fully respect Indigenous rights, they will still be part of the problem.”

Canada’s big five banks are all on the list of the top 25 largest funders of fossil fuels on Earth. RBC is Canada’s biggest, and the 5th biggest funder of fossil fuels in the world, having financed over USD 200 billion in coal, oil and gas since the Paris Climate Agreement was signed.

As the International Energy Agency just re-iterated again this week, there is no way we can keep global temperatures to a safe 1.5 degrees C and keep developing new coal, oil, and gas projects.

In a joint letter to Mark Carney last week signed by over 90 Canadian and global NGO’s, climate groups laid out what we expect from financial institutions who take their role in the climate emergency seriously:

Today’s announcement is nothing more than a green PR stunt, and proves again how embarrassingly low and largely meaningless Mark Carney’s entry requirements are for GFANZ. With the critical UN climate summit in Glasgow only two weeks away, at this critical moment in history, Carney and the world’s financial institutions must do better.