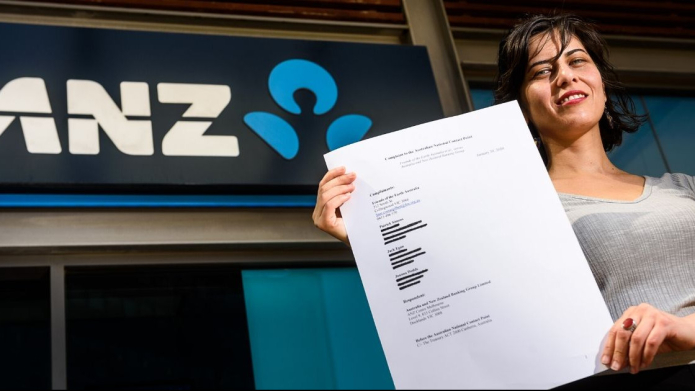 Australian Bushfire victims, together with Friends of the Earth Australia, will launch a claim against ANZ under international law to hold the bank accountable for financing fossil fuel projects that contribute to the climate crisis.

The official complaint against ANZ bank is being brought under the guidelines of the Organisation for Economic Co-operation and Development (OECD), an international set of rules governing corporate conduct. The complaint has been submitted to the Australian Government’s OECD National Contact Point (NCP), which is responsible for hearing complaints of corporate wrong-doing under the OECD Guidelines.

The complaint alleges that ANZ—which remains Australia’s largest financier of fossil fuel industries—has failed to meaningfully adhere to the Paris Agreement reduction targets across its lending portfolio. The complaint also alleges the bank’s failure to disclose the full extent of it is lending emissions is a breach of the Guidelines.

In December 2019, ANZ failed again to act on the climate emergency at the company’s annual AGM. The board successfully opposed a shareholder revolt to bring the bank’s investments in line with the Paris climate agreement which​ ​received a substantial 15%​ of the votes.

Jack Egan​, one of the co-complainants whose home in coastal New South Wales was destroyed in recent bushfires, said​ “I'm joining this climate case against ANZ so we don’t have to go through these disastrous or worse fires every year. We are not seeking damages or compensation from ANZ, I just want them to stop fuelling dangerous climate change.”

​“​Australia is burning and yet ANZ continues to invest billions of dollars in climate wrecking projects. It is illegal for someone to light a bushfire, and we believe it is illegal for companies to finance the burning of our common home. This case is one of many to come against climate criminals.” said Friends of the Earth’s Legal Officer Emila Nazari.

While fires ravage Australia and many banks globally have taken action to mitigate climate change impact, ANZ continues to finance dirty fossil fuel projects. Since the 2015 Paris Agreement alone, ANZ has lent AUD$8.76 Billion to the fossil fuel sector and expansionary projects, enabling the emission of 2.8 billion tonnes of CO2. Its investment in coal has increased 34% over the last 2 years and is the largest fossil fuel financier of the big four Australia banks.

The complaint has received support from groups on the frontline of climate change from around the world. The Bangladesh Environmental Laywer’s Association (BELA) Chief Executive Syeda Rizwana Hasan said “We are supporting this case because fossil fuel projects financed by international banks like ANZ often have more emissions than Bangladesh, yet it is our people who are suffering from the flooding and famine caused by climate change.”

Friends of the Earth Australia believes ANZ has breached the OECD Guidelines and is now taking  action against the bank for:

The complaint draws inspiration from a​ ​successful complaint​ brought by Friends of the Earth Netherlands, Oxfam and Greenpeace against ING bank before the Dutch NCP under the same rules as will be applied to the ANZ’s behaviour. As a result of the complaint, ING committed to measuring and disclosing its indirect carbon emissions, and to begin steering its lending portfolio towards meeting the Paris Agreement’s ‘well-below’ 2 degrees goal. During mediation, ING also committed to reduce its thermal coal exposure to close to zero by 2025 and refrain from financing new coal fired power plants. Friends of the Earth Australia believe the Dutch case will set a strong precedent for a similar outcome against ANZ here in Australia.

The Australian NCP will seek to mediate a solution between the parties. If an agreement can not be reached, a ruling and recommendations to government will be given within one year.

A copy of the complaint can be found here.