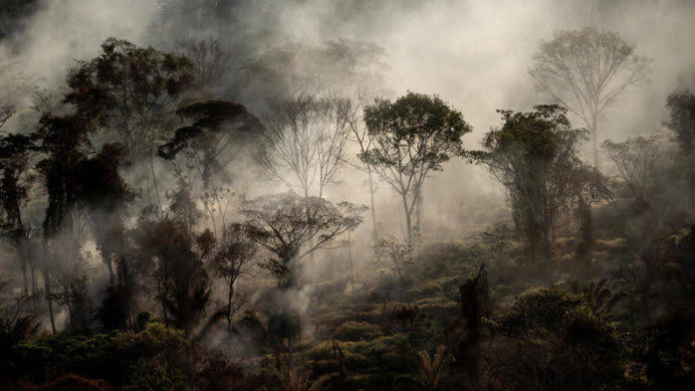 The letter sent to BNP Paribas by the organizations, which constitutes a first necessary step if the groups decide to bring forward a complaint under France’s Duty of Vigilance Law, alleges that Marfrig is involved in major abuses through its poorly-regulated supply chain, including de facto contributions to severe deforestation, Indigenous land grabbing, and practices akin to slave labor at cattle farms that supply Marfrig. By turning a blind eye to such abuses and continuing to help Marfrig to obtain billions of dollars in financing, the notification contends that BNP Paribas contributes to these illegal practices and may incur liability.

According to an analysis by the non-profit Center for Climate Crime Analysis (CCCA) of two meatpacking plants operated by Marfrig from 2009 to 2020, supplier farms were allegedly responsible for over 120,000 hectares of illegal deforestation in the Amazon rainforest and neighboring Cerrado savanna during this period. Marfrig has also been found to have directly and indirectly sourced cattle from ranchers who raised animals illegally inside Indigenous territory. An investigation by Repórter Brasil found that this included farms within the Apyterewa Indigenous territory in Pará state – one of the most deforested Indigenous lands in recent years.

“Since Jair Bolsonaro’s government has interrupted any process for legally recognizing traditional lands, cattle ranchers have been moving onto traditional territories of indigenous people with complete impunity,” according to Xavier Plassat, a campaigner against slave labor at the CPT.

Moreover, although Brazilian law rigorously prohibits practices akin to slavery including practices such as forced labor and debt bondage, Marfrig has also sourced cattle from supplier farms that have engaged in modern-day slavery. Individuals subjected to contemporary forms of slavery in Brazil are disproportionately represented in the cattle breeding industry, numbering a third of freed laborers between 1995 and 2020. According to a Greenpeace report released last year, Marfrig still has no effective procedures to guarantee that cattle ranchers linked to illegal deforestation or human rights violations are excluded from its supply chain.

This is the first warning issued to a bank under the French Duty of Vigilance Law to comply with its legal requirements regarding illegal deforestation. The French Duty of Vigilance Law requires that multinational corporations operating in France establish a plan that "includes reasonable due diligence measures to identify risks and prevent serious violations of human rights and fundamental freedoms, the health and safety of people and the environment, resulting from the activities of the company and those of the companies it controls” in France and abroad. This notification to BNP Paribas is a strong signal to all financial actors, reminding them of their legal duties regarding the climate crisis and human rights violations - and of the legal and reputational risks of not complying with them immediately.

According to Jérémie Suissa, a general delegate from Notre Affaire À Tous: “It is high time that banks stop financing deforestation. They can no longer pretend they don't know that their financing and investments are actively fuelling climate chaos, biodiversity loss, indigenous land grabbing and slavery-like practices. The law is on our side, BNP Paribas must change its practices."