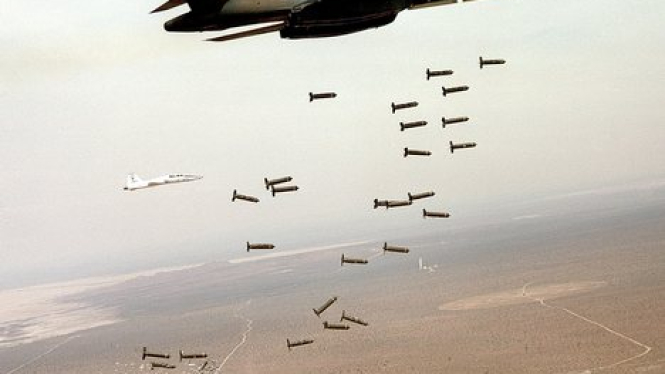 (Madrid, Friday, March 11) .- The campaign "BBVA without arms," composed by Centro de Estudios por la Paz J.M. Delàs, Observatorio de la Deuda en la Globalización (ODG) and the Federation SETEM has participated this morning in Bilbao for the third consecutive year in BBVA´s Annual General Assembly and provided concrete information to the Board of Directors of BBVA and its shareholders on their continued relationship with controversial weapons producers, such as nuclear weapons, cluster bombs and depleted uranium weapons, among others.

In spite of the dialogue established between the campaign "BBVA without arms" and BBVA, the existance of BBVA´s internal policy on the defense sector and the sale of their participation in the syndicated loan to Lockheed Martin in 2010, the NGOs of the "BBVA without arms" campaign revealed BBVA Group's continued presence in companies that manufacture controversial weapons.

The information presented today in Bilbao has been obtained from a report that will be released in SETEM´s upcoming campaign work. The report reveals that BBVA Group participates in loans, assists in bond and share issuances and manages investments funds which hold shares and bonds of 16 controversial weapons producers worth over 1,000 million euros since 2006.

This information unveiled today by "BBVA without arms" contradicts BBVA´s internal policies on Human Rights and the defence sector as well as with their adherence to Corporate Social Responsibility initiatives, such as the UN Global Compact, UN Principals for Responsible Investment (UNPRI) and the Global Reporting Initiative.

Despite these commitments, the BBVA Group finances and invests in companies producing controversial weapons such as BAE Systems, Boeing, EADS, Finmeccanica, General Dynamics, Honeywell, ITT Corporation, Jacobs Engineering, L-3 Communications, Larsen & Toubro, Northrop Grumman, McDermott International, Rolls Royce, Thales and Textron. The latter built the cluster bombs used in the Iraq War. BBVA underwrote an issuance of shares owned by Finmeccanica for the amount of $ 78 million in October 2008, 2.01% of these shares in name of the Libian Investment Authority, whose weapons were probably used in the repression of civilian population of this country over the past weeks.