Home › News
ANZ forced to address heavy fossil fuel funding at 2021 AGM
Despite its commitments to the Paris Agreement and net-zero by 2050, and that achieving these goals leaves no room for new fossil fuel projects, ANZ has continued pouring billions into companies and projects that expand the fossil fuel industry.
By: Market Forces
2021-12-16 Share this page: 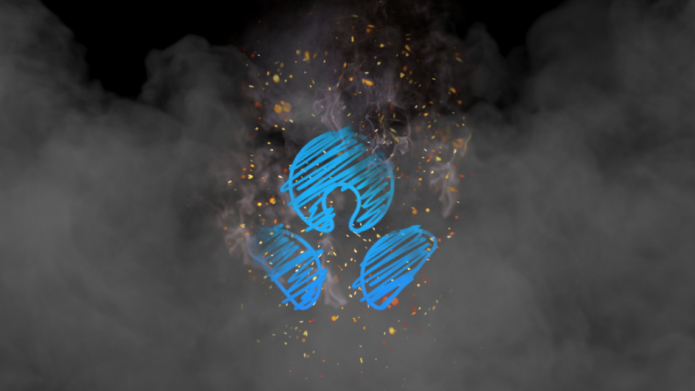 ANZ faced a formal proposal from shareholders that it commit to stop funding new fossil fuel projects at today’s annual general meeting. Despite attempts to avoid accountability, the bank’s board also received a barrage of tough questions over its continued heavy funding for fossil fuels, including climate-wrecking companies such as Beach Energy and Santos.

ANZ remains a heavy financier of fossil fuels, having poured US$ 2.7 billions into major Australian companies expanding the fossil fuel industry since 2016. Despite its stated commitments to the Paris Agreement and net-zero by 2050, and the International Energy Agency’s (IEA) conclusion that reaching net-zero emissions globally by 2050 leaves no room for new fossil fuel projects, the updated climate policy ANZ released three weeks ago fails to rule out further funding for new oil and gas projects or companies engaged in the development of new thermal coal projects.

In light of this, Market Forces moved ahead and supported a shareholder resolution put to today’s meeting, calling on the bank to reduce its fossil fuel finance consistent with net-zero by 2050 and stop funding new fossil fuel projects. ANZ also faced a barrage of questions from shareholders, climate experts, activists and fossil fuel project-impacted communities regarding the bank’s ongoing funding for fossil fuels. ANZ attempted to avoid answering as many of these questions as possible, flat out refusing to answer any questions relating to climate or environment until the very end of the meeting—hours after it began.

Updated analysis released earlier this year from Market Forces reveals that since 2016, ANZ has loaned more than US$ 2.7 billion to 14 Australian companies pursuing new fossil fuel projects. Over that timeframe, the bank also loaned US$ 2.4 billion for 19 new or expanded fossil fuel projects that, over their collective lifetimes, would enable emissions equivalent to 9 times Australia’s annual carbon footprint.

In May 2021, the IEA concluded that reaching net-zero greenhouse gas emissions by 2050 means “there is no need for investment in new fossil fuel supply”. Far from adopting a policy that rules out funding for new fossil fuel projects, in November 2021 ANZ instead announced a policy that fails to rule out further funding for new oil and gas projects or companies engaged in the development of new thermal coal projects.

ANZ could only bring itself to say it “expects” certain of its fossil fuel customers to establish transition plans by 2025 and that it “may” decline lending to those that don’t meet the expectation. Despite coming more than 6 years after the Paris Agreement was signed, this approach gives the most climate-wrecking companies at least another 4 years to develop transition plans. Perhaps worse, it’s an expectation rather than a requirement and it’s entirely unclear what ANZ expects of the transition plans in order to justify continuation or denial of further funding.

In light of ANZ’s failure to align its policy and practice with its commitment to net-zero by 2050 or the Paris Agreement, Market Forces supported a shareholder resolution pushing ANZ to reduce fossil fuel finance consistent with net-zero by 2050 and to stop funding new fossil projects. Investors managing or owning almost 15% of ANZ’s shares—representing over $11 billion of investment—supported the resolution, clearly signalling the bank must address the shortcomings in its approach to climate change.

However this also suggests many investors failed to live up to their own net-zero commitments by supporting the resolution. Any investor claiming to commit to net-zero by 2050 must realise this means no expansion of the fossil fuel industry, and therefore back calls for that outcome. Unfortunately, many super funds would have used members’ money to block this critical climate action.

Despite its commitments to the Paris Agreement and net-zero by 2050, and that achieving these goals leaves no room for new fossil fuel projects, ANZ has continued pouring billions into companies and projects that expand the fossil fuel industry. Not only are these companies wrecking our climate, in many cases they’re also harming local environments and communities, and today ANZ heard from those impacted.

In November 2020, ANZ loaned US$50 million to Santos, a major oil and gas company whose business plans are wildly inconsistent with the Paris Agreement. While analysis finds limiting global warming to 1.5°C means production of oil and gas production must fall by 4% and 3% (respectively) annually from 2020 to 2030, Santos plans to increase production by 9% each year over a similar time frame. These plans include spending US$ 4.5 billion on oil and gas growth projects over the next five years.

Santos is also pursuing the highly opposed Narrabri Gas Project in NSW, which expert reviews found would have potential impacts on Aboriginal cultural heritage, water, and wildlife, as well as economic and social impacts. Members of the Gomeroi Nation, the Traditional Owners of the Narrabri region, fear the project would destroy sacred sites including the Great Artesian Basin. These concerns, among others, have compelled Traditional Owners and supporters to gather in the hundreds across capital cities to protest the project.

As if Santos’ Narrabri project wasn’t bad enough, pipeline company APA plans to construct its 460 kilometre Western Slopes gas pipeline, cutting across fertile agricultural land and traversing the length of the Pilliga state forest. In light of the unacceptable impacts of these Santos and APA projects, mother of five and business owner Rowena MacRae asked when ANZ will stop funding these sorts of invasive gas companies. Rowena’s question was read aloud but a moderator at the AGM, but Rowena also filmed herself asking it in advance of the AGM, see below:

In response, Chairman Paul O’Sullivan said the bank’s general approach to lending is if companies don’t engage regulators and impacted communities in a ‘responsible’ way, it would stop lending and gradually divest its loans to that company. Clearly ANZ has not followed this approach when it comes to APA and Santos.

In September, ANZ co-arranged a US$ 600 million loan for major oil and gas producer Beach Energy, which plans to almost double its FY21 production by FY24, including new projects in the Otway and Perth basins.

In response, O’Sullivan correctly told shareholders we need to transition the economy from a high emissions one to low emissions one. However, what O’Sullivan and ANZ fail to appreciate is this will not be achieved by building new and expanded fossil fuel projects, as numerous expert scientific and economic organisations have clarified these sorts of projects are inconsistent with achieving the Paris Agreement and net-zero by 2050.

Despite its Paris and net-zero commitments, ANZ last month announced a policy giving its fossil customers actively developing new climate-wrecking fossil fuel projects such as Woodside, Santos and New Hope at least another 4 years to develop transition plans. In light of this, Julien Vincent, Executive Director of Market Forces, asked ANZ why it pays lip service to its Paris and net-zero commitments by failing to rule out funding these sorts of climate-wrecking companies.

Despite the question being clearly related to the item of business being discussed (Item 1: financial reporting), given ANZ classifies climate change as a material risk to its business and has pages-upon-pages of climate-related material in its financial reports, O’Sullivan flat out refused to answer the question.

Later in the meeting, Jack Bertolus, Australian Campaigns Coordinator at Market Forces asked ANZ when it will commit to stop funding companies whose business plans are consistent with the failure of these climate goals:

In response, Chairman Paul O’Sullivan told shareholders “we will only lend to fossil fuel companies that have a commitment to reduce emissions in line with the Paris Agreement”. This contradicts ANZ’s official published position statement, which states the bank expects fossil fuel companies to establish “public transition plans and diversification strategies” by 2025, and the bank may refuse lending to those that don’t meet the expectation.

O’Sullivan also said the IEA’s Net Zero by 2050 scenario was only one of a number of scenarios available. It is curious that, in circumstances where the IEA finds no scope for investment in new fossil fuel supply, ANZ is quick to characterise its analysis as one of many. However, where other IEA scenarios (those misaligned with net-zero by 2050) find scope for increasing coal demand, ANZ is quick to rely on these as its only source of analysis. For example, ANZ’s 2015 Extractives Industry Policy refers to the IEA to justify its claim that “today, coal provides around 40% of the world’s electricity needs” and states “credible global future energy scenarios, including those of the International Energy Agency, forecast that coal will continue to comprise a significant share of the energy mix in the short to medium term”.