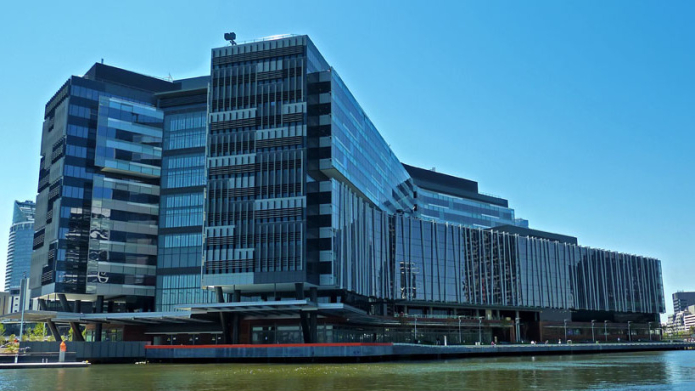 ANZ has today released its suite of new and updated climate and fossil fuel policies that, from Market Forces’ perspective, takes some necessary steps on thermal coal but is still a recipe for climate catastrophe.

Thermal coal exit by 2030 A major focus of ANZ’s policy update is that it will exit the thermal coal sector by 2030. ANZ was the last of Australia’s ‘big four’ banks to commit to a thermal coal exit, after both Commonwealth Bank and Westpac announced plans to exit the sector by 2030. National Australia Bank (NAB), which has committed to a 2035 exit, is now the only major Australian bank left willing to finance thermal coal after 2030. In contrast to the other major banks, NAB’s exit date is inconsistent with the Paris Agreement, as demonstrated by research from Climate Analytics pointing to the need for OECD countries to have phased out coal power completely by 2031.

Coal-fired power This commitment is immaterial because ANZ was never going to finance a new coal-fired power station anyway. There are almost no serious proposals to build such assets in Australia and, globally, coal power faces a litany of significant and rapidly increasing risks including a precipitous decline in the cost of renewable energy.

Thermal coal mines This commitment is a mixed bag. On the one hand, it prevents ANZ from funding projects such as New Hope Group’s New Acland Stage 3, and ridiculous proposals such as Clive Palmer’s Galilee Coal and Rail Project. However, ANZ’s thermal coal mining exclusion is weak, as the bank remains open to funding new or expanded coal mines whose reserves or production are as much as 35% thermal coal.

Rewarding climate-destructive companies There is currently no room for expansion of the fossil fuel industry in a Paris-aligned decarbonisation pathway. Yet ANZ has introduced a ‘diversification strategy’ to “ with existing customers who have more than 50% thermal coal exposure to support existing diversification plans. Where these are not already in place, we will expect specific, time bound and public diversification strategies by 2025. We will cap limits to customers which do not meet this expectation and reduce our exposure over time.”

“To meet the upper Paris goal (‘well below 2C’), we must achieve net zero emissions by 2040-2050. This requires a rapid phase-out of existing fossil fuel infrastructure, leaving no room for expansion of the gas industry.”

There are so many problems with this ‘commitment’ it’s difficult to know where to begin.

First and foremost: it serves as a reward to companies expanding the fossil fuel industry as, despite coming five years after the Paris Climate Agreement, it gives the most climate-destructive coal companies another five years to formulate transition plans.

Further, the scope of the strategy is incredibly narrow, considering only the most heavily exposed thermal coal companies are captured and that it entirely disregards oil and gas clients. It is difficult to imagine that any more than a handful of companies would be captured by the strategy.

Just last week ANZ co-arranged a USD 750 million loan to Santos, with the bank taking on USD 50 million of the debt itself. Santos is expanding the gas sector with projects including its highly controversial Narrabri Gas Project, and its board rejected a shareholder proposal to align capital expenditure and emission reduction plans with the Paris climate goals.

However even if these transition plans were formulated by the bank’s most coal-exposed customers, it’s entirely unclear what ANZ requires of them in order to justify continued or restricted funding. In other words, ANZ could simply continue funding these companies irrespective of whether the plans are Paris-aligned.

Another concern is the bank’s coal customers could ostensibly skirt the bank’s revenue thresholds by growing revenue in non-coal segments of the business, leaving revenues and emissions from coal operations only slightly decreased or even unchanged. For example, if a customer with thermal coal revenues of 60% today were to grow revenues from other commodities, resulting in thermal coal revenues of 45% by 2025, it would not be captured by ANZ’s strategy.

Oil & gas ANZ has utterly failed to move the needle on its oil and gas investments, leaving the door wide open to acting inconsistently with the Paris Agreement by funding new projects and companies expanding those sectors.

This is especially concerning seeing as, since 2016, the bank has loaned AUD 2.2 billion to 17 projects that expand the fossil fuel industry, enabling the release of 4.1 billion tonnes of CO2, many of them oil or gas projects.

In comparison to its major competitors:

ANZ also failed to set targets to reduce exposure to oil and gas, despite notable increases in exposure to these sectors in recent years. As a result, Market Forces will move forward with a shareholder resolution calling on the bank to formulate and disclose Paris-aligned strategies and targets to reduce its fossil fuel exposure.

The updated version is that ANZ will “no longer any new business customers with material thermal coal exposures”, with ‘material’ defined as “more than 10% revenue, installed capacity or generation from thermal coal”.

This appears to be another fairly meaningless commitment, given it’s difficult to imagine which customers ANZ is referring to. Market Forces notes that, at the time of the policy’s release, ANZ was unable to identify any companies that this policy would apply to.

Clearing the remaining hurdles ANZ has cleared the first hurdle of committing to exit the most carbon intensive sector of the economy, thermal coal, in line with the Paris Agreement. But the fossil fuel industry is more than just thermal coal projects.

There is no room for any new fossil fuel projects in a scenario where we hold global warming to 1.5ºC and on that basis alone, ANZ’s current policies fail to live up to its stated support for the Paris Agreement.

The fact that ANZ is setting policies that allow for clients whose business strategies are consistent with the failure of the Paris Agreement, or that leave the door wide open to finance new and expanded fossil fuel projects, mean ANZ’s energy policies are a recipe for climate disaster.