Home › News
ANZ agrees to landmark settlement with Cambodian farmers displaced by sugar company it financed
The agreement, the first of its kind by a commercial bank, sets an important human rights precedent for the banking industry worldwide.
By: Inclusive Development International
2020-02-27 Contact: 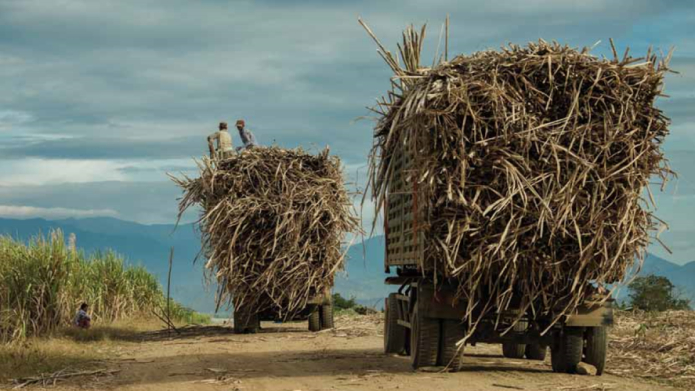 ANZ has agreed to provide a financial package to Cambodian families forcibly displaced by a sugar company the Australian bank loaned money to in 2011. By agreeing to contribute the money that it earned from the loan to the families, ANZ has set a human rights precedent for the global banking sector. The money will help to alleviate the hardships faced by some 1,200 affected families, who have been struggling for years after losing their land and livelihoods.

The agreement comes more than five years after a complaint was filed on behalf of the affected families by Equitable Cambodia and U.S-based Inclusive Development International to the Australian National Contact Point for the OECD Guidelines for Multinational Enterprises. After conducting an examination, the government body found in 2018 that ANZ’s loan to Phnom Penh Sugar was inconsistent with the bank’s own polices and the OECD’s ethical business guidelines.  On February 7, 2020, the Independent Examiner of the Australian National Contact Point facilitated a conciliation meeting between the parties, which resulted in the landmark agreement.

“We have experienced huge difficulties with our livelihoods since the sugar company took our land almost ten years ago, and this contribution will greatly help our situation,” said Soeung Sokhom, a representative of the affected families. “The whole affected community, including me, are deeply grateful that ANZ has resolved our complaint.”

“This agreement sets an important precedent for the banking industry, and we welcome ANZ’s leadership in this regard,” said Natalie Bugalski, Legal Director of Inclusive Development International. “Going forward, all banks should recognize that they can’t look the other way when they loan money to corporations that abuse people’s rights and cause harm. If a bank contributes to adverse human rights impacts through its lending activities, it has a responsibility to contribute to a remedy.”

In a joint statement issued by the three parties to the resolution, ANZ “acknowledges that its due diligence on the project funded by its loan was inadequate and recognizes the hardships faced by the affected communities.” Equitable Cambodia and Inclusive Development International have consistently called on ANZ to divest the profit from the loan and provide it to the families as reparations for their due diligence failings. In October 2018, the bank’s CEO, Shayne Elliot, told a parliamentary committee that this was “a dreadful situation” and that the bank would consider compensating the families.

"We congratulate Shayne Elliot and ANZ for doing the right thing by returning the revenue earned from the loan to affected families in Kampong Speu," said Eang Vuthy, Executive Director of Equitable Cambodia. “This is an important recognition of the ongoing hardships that the communities have suffered all these years and it will make a big difference for them. But this does not in any way replace Phnom Penh Sugar’s responsibility to fully compensate the communities for their damages."

The Australian National Contact Point, which facilitated the negotiations, praised the agreement in an accompanying statement. “Where a company has gained revenue in a manner inconsistent with the OECD Guidelines, and that has resulted in parties being impacted, the payment of the revenues to those parties may be one way a company can comply with the requirements of the OECD Guidelines,” the government body noted.

“This is only the third time out of more than 330 cases filed by communities and NGOs in the 20-year history of the National Contact Point system when a complaint process has resulted in a concrete financial remedy for complainants.  That’s an appalling record,” said David Pred, Executive Director of Inclusive Development International. “We hope this outcome will help inspire a brighter future for corporate accountability, where the victims of corporate misconduct can expect legitimate complaints to result in effective remedies.”

As part of the resolution, ANZ also agreed to review and strengthen its human rights policies, including its customer social and environmental screening processes and grievance mechanism.   Inclusive Development International and Equitable Cambodia welcomed this commitment.

“We look forward to working with ANZ to establish an accessible and effective grievance mechanism for affected communities, and we urge other banks to follow suit,” said Pred.

The February 2020 AusNCP Follow Up Statement and the Joint Statement of the parties can be found here.

The June 2018 AusNCP Final Statement can be found here.

The 2014 complaint can be found here.

More information about the case can be found here.