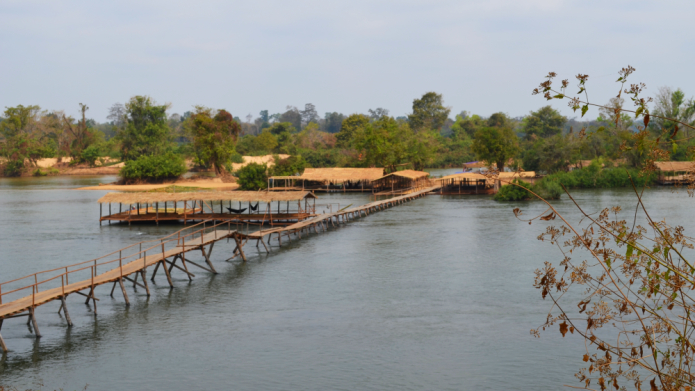 Phnom Penh: Cambodian lawmakers are set to debate a new draft law for the controversial Lower Sesan 2 Hydropower Dam at this Friday’s National Assembly session.  The draft law offers government guarantees to the project developers in the event that Electricité du Cambodge fails to pay for the electricity it has promised to purchase or in case of a political force majeure that would affect the project developer’s interests. The law is based on an implementation agreement between the government and Hydropower Lower Sesan 2 Company Ltd that has significantly reduced the project’s compensation and environmental management costs. If approved, the law will help the implementation agreement to go into effect, thereby releasing the project developer from responsibility for many of the dam’s environmental and social impacts.

The new law claims that the Lower Sesan 2 Dam will affect less than 800 households in northeastern Cambodia.  In contrast, a study entitled “Best Practices in Compensation and Resettlement for Large Dams” indicated that tens to hundreds of thousands of people living upstream and downstream of the project in Cambodia, and within the region, who will experience negative impacts to their livelihoods and food security.

The Lower Sesan 2 Dam is expected to have significant transboundary impacts in the Mekong River Basin. In 2012, a study published in the Proceedings of the National Academy of Sciences concluded that the dam will wipe out 9 percent of the Mekong Basin’s fish biomass.  The International Centre for Environmental Management, which has studied sediment flows in the region, was quoted in the Cambodia Daily newspaper as saying that the dam is expected to reduce 6-8 percent of the Basin’s sediments loads which are essential to the productivity of the Mekong Delta, riverbank gardens and other floodplains.  Research published in 2012 by the Journal of Water Resources Planning and Management found that the full hydropower development of the Sesan, Srepok and Sekong rivers, including the Lower Sesan 2 Dam, will significantly alter  water levels in the Tonle Sap Lake and will have a higher impact on the Lake than the Upper Mekong hydropower cascade in China.

“As one of the worst proposed dams in the Lower Mekong Basin, the Lower Sesan 2 will unleash irreversible environmental destruction and harm to the food security of the nation.  It would be irresponsible for the National Assembly to approve this draft law and proceed with the project,” said Ms. Ame Trandem, Southeast Asia Program Director for International Rivers. “This dam threatens to undermine the country’s development.”

Ms. Trandem added, “It’s clear that this dam should not proceed, as the company continues to evade the project’s real costs and has failed to consider the demands of affected communities who have repeatedly called for the project’s cancellation.”

During a visit last week to five villages that will be directly and indirectly affected by the Lower Sesan 2 Dam in Stung Treng province, International Rivers found that people have not been adequately consulted and lack basic information about the project and its compensation plan.  Immediately downstream of the dam site in Pluk Village, villagers have been informed that they will have to move to a safe zone and live in tents while the dam is being constructed.  People are unaware of whether they would receive any compensation for the disruption to their livelihoods during this move. In Srekor Village, which would be flooded by the reservoir, people are unclear when they will have to move and whether they will be entitled to new homes or infrastructure in the resettlement site.  Nearly all people interviewed were never consulted on the project and stated that they don’t want the dam to be built or to have to move away from their homes.

“National Assembly members would be wise to demand more studies and consider alternative energy technologies rather than gamble with Cambodia’s future on such a risky project,” continued Ms. Trandem.  “The benefits this project will bring to the country are negligible, especially when scientific research is showing just the opposite.”