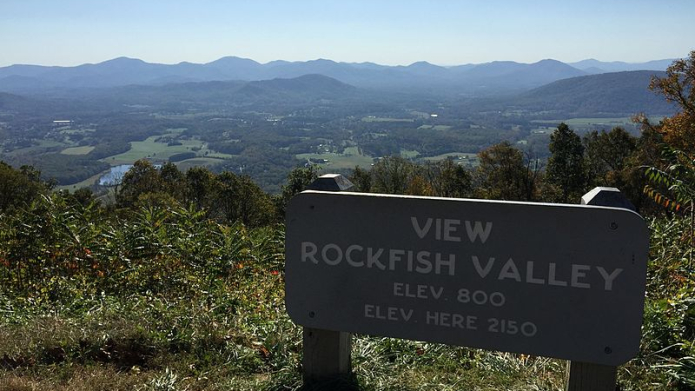 The Atlantic Coast Pipeline (ACP) is a planned 600-mile natural gas pipeline that would run from West Virginia through North Carolina in the United States. The ACP is being developed by four US energy companies: Dominion Energy, Duke Energy, Piedmont Natural Gas and Southern Company Gas. Dominion Energy and Duke Energy are the biggest shareholders, owning 48% and 47% repectively (Public Accountability). The pipeline is designed to transport 1.5 billion cubic feet of gas per day. The costs of building the pipeline are estimated at USD 5.1 billion.

In April of 2019, over 100 groups released a letter calling on Bank of America to cease their financing for the Atlantic Coast Pipeline. All other private banks linked to the project must likewise terminate their investments while the damage to local people's livelihoods and the environment is still minimal.

Impact on communities The Atlantic Coast Pipeline is being built through low-income counties of Eastern North Carolina, and will disproportionately impact African American, Native American and poor communities, where racial and socioeconomic marginalization is occurring on a large scale. Critics say the pipeline risks becoming “a poster child for environmental racism”;  civil rights organization the National Association for the Advancement of Coloured People (NAACP) points out that this follows a long history of communities of color bearing heavy environmental burdens placed on them by the oil and gas industry. Communities on the route face serious health issues as a result of toxic pollution from industrial facilities, such as compressors along the pipeline route. In a 2016 report, Clean Water for North Carolina found that compressors on gas pipelines emit volatile organic compounds that are associated with health issues such as higher risks of cancer, birth defects and sinus problems. The closer people live to the compressors, the higher the risk of problems.

Since the beginning of the project, Indigenous people have led protests against the companies behind the pipeline for downplaying and ignoring their concerns. Families that have been resident in the affected areas for hundreds of years claim to have been misled by letters that did not sufficiently inform them about the project's purpose and impacts.

Federal court appeal Eightteen organisations and groups, including several indigenous tribes, have joined a federal court appeal by the Southern Environmental Law Centre. They state that FERC “made a mockery of the legal process," since they allowed Duke and Dominion to supplement their application for approval of the pipeline after the comment period had ended. The public was given no chance to respond. The issue has been passed on to the Economic and Social Council of the United Nations (ECOSOC) in Geneva, Switzerland, which will determine if international human rights law is being violated.

Greenhouse gas emissions A 2017 report from Oil Change International and BOLD Alliance estimated the annual greenhouse gas emissions caused by the Atlantic Coast Pipeline to be almost 68 million metric tons - equivalent to the pollution of 20 average US coal plants or over 14 million passenger vehicles. These emissions come from the combustion of the gas carried by the pipeline, the emission from methane (a gas with much more severe climate impacts than CO2) which inevitably leaks throughout the gas supply chain, emissions from gas extraction, compression and processing. The expansion of pipeline capacity will enable and incentivize the production of fracked gas, with grave impacts for the local communities near fracking wells and the climate more generally. The loss of forest cover (as a result of tree-clearing for the pipeline) may also contribute to the pipeline’s climate impact.

Impact on ecosystems In addition to its climate impacts, ACP would be disastrous for one of the United States' most important ecosystems. The route is set to cross the iconic Appalachian trail, horrifying those concerned with the beloved national park. Advocates highlight dangers to threatened bees, birds and bats along with other precarious species. A soil evaluation report commissioned by pipeline opponents argued that the project’s proponents are dramatically understating the potential for landslides and soil erosion. Along 38 miles of Appalachian ridgelines, between 10 and 60 feet of the mountains will be blasted and excavated to make way for the ACP. This will cause irreparable damage to ancient ridgelines, threaten mountain waterways and clog mountain roads with dump trucks taking at least 247,000 trips carrying excavated earth.

Lobbying In a report from 2016, the Public Accountability Initiative outlined the anti-democratic elements of the pipeline’s approval, including “an army of revolving door lobbyists,” “conflicts of interests at regulatory agencies,” and politicians support for industry in the context of receiving massive donations. Coverage in 2019 noted that the companies involved have spent over USD 109 million lobbying federal lawmakers and officials since the project was announced.

A credit agreement was signed in October, 2017 between Atlantic Coast Pipeline and a consortium of banks to finance approximately 50 percent of the USD 6 billion+ construction costs. Bank of America and JPMorgan Chase were Lead Arrangers and Bookrunners for the loan, details of which can be found in this Oil Change International research from April 2018.

The abuses, risks and climate pollution of the Atlantic Coast Pipeline have a clear set of financiers, led by the nation’s largest commercial bank, Bank of America.
2018-04-18 | Oil Change International
blog
external news
our news

Left out of the formal permitting process, North Carolina’s Lumbee Tribe and others seek a voice before pipeline construction crosses their land and waters.
2018-03-21 | Energy News
blog
external news
our news

Lumbees tell their side in Atlantic Coast Pipeline documentary

Opponents of the Atlantic Coast Pipeline have created a mini-documentary, "Robeson Rises" about their opposition to the 600-mile interstate natural gas line.
2018-03-01 | The News & Observer
blog
external news
our news

Atlantic Coast Pipeline gets another NC permit; one more to go

The power behind the pipelines: Atlantic coast pipeline

Protest against the ACP

Protecting the heritage, resources and economy of the Allegheny-Blue Ridge region

The Power Behind the Pipelines: Atlantic Coast Pipeline

Sound Rivers is a private nonprofit organization that guards the health and beauty of North Carolina's rivers, protesting against ACP.

As a proposed pipeline threatens to disrupt communities and ecosystems across North Carolina, a group of diverse activists rises up to challenge construction. The new film Robeson Rises documents their journey.

Appalachian Voices is working with citizens, community groups and state and national organizations to raise concerns, oppose the expansion of fracking and gas infrastructure in their region, and continue advocating for swift and significant investments in clean energy.

The construction of the pipeline was announced in September 2014.  Dominion received approval from the Federal Energy Regulatory Commission (FERC) to begin the pre-filing process in November 2014. After the announcement of the project, ACP project team members held several meetings with state officials, landowners, community members, citizen groups, agencies and other interested parties. The FERC took three years to review the project before approving it in late 2017. In January 2018, the West Virginia Department of Environmental Protection and the North Carolina Department of Environmental quality approved a general permit for the project as well as a water-quality certification. In February 2018, the North Carolina Department of Environmental Quality issued an air quality permit and the ACP received federal authorization from U.S. Army Corps of Engineers (Atlantic Coast Pipeline).

Construction has been dramatically slowed by opposition, ranging from blockades and street protests to legal challenges. The company now says the pipeline will not be in service until 2021 (from an original date of 2018). As of September 2019, six legal challenges against the pipeline are still ongoing, meaning that several crucial permits are not operative. No pipeline has yet been laid in Virginia.