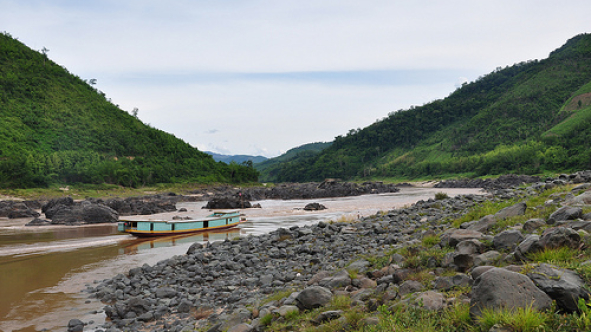 On December 8th, we watched the future of the Mekong River hang by the threads of a single meeting. Government ministers from Cambodia, Laos, Thailand, and Vietnam met to decide whether to approve Laos' controversial Xayaburi Dam, the first of 12 large dams across the Mainstream Mekong River. Scientists warn that the dams would decimate the Mekong River's fish population and threaten the food security of more than 2 million people, but the projects have crept forward nonetheless.

After hours of deliberation, the four governments issued a vaguely worded statement calling for "further study on the sustainable development and management of the Mekong River." As the Bangkok Post observed, the statement "made no mention about the much disputed dam project in Laos, not even a single word."

One month later, it seems that the four governments are still discussing what "further study" means. The governments may seek the assistance of Japan and other international donors in the study, but this is still being negotiated. A number of fundamental questions remain unanswered:

What does this mean for the Xayaburi Dam?

Laos has not clarified if construction on the Xayaburi Dam will stop while the study takes place. Legally, Laos may not proceed with construction until all four governments have agreed. Practically, allowing construction would undermine the study. In 2011, the Mekong River Commission completed a technical review of the proposed Xayaburi Dam and found that "fisheries would potentially be heavily impacted during the construction phase." Scientists cannot accurately study the impacts of the dams on the Mekong River if construction activities are underway - the baseline data on the river's previous conditions would have already disappeared.

What will be studied?

Scientists widely recognize that not enough is known about the Mekong River to fully understand the damage that the dams could bring. The most important study so far is a 2010 strategic environmental assessment, prepared for the Mekong River Commission, which identifies over 50 scientific unknowns that prevent an informed decision about the dams (see Annex IV, p. 159). This authoritative list provides an obvious outline for "further study."

The study should also incorporate a number of public consultations, so that the local communities who would be affected by the projects can explain the ways that they depend on the river. In this way, the study would be seen as a more legitimate basis for decision-making.

How long will the study take?

The 2010 strategic environmental assessment recommends setting aside 10 years for further study. Vietnam has supported this recommendation, and even the Lao government has acknowledged that this timeframe would be necessary. With so much at stake, it's better for the four governments to think in terms of one decade instead of one year:

The upcoming study presents an important opportunity, but its success depends on the way the study is designed and carried out. A comprehensive, 10-year study is needed before the governments should consider the Xayaburi Dam or any more proposals for Mekong mainstream dams. While the December meeting was a step forward, the toughest decisions still lie ahead.