Home › News
There's no such thing as a sustainable global bank, just yet
Sustainable Global Bank of the Year winner Santander has invested euro 1 billion in the arms trade
By: BankTrack
2013-06-14
London 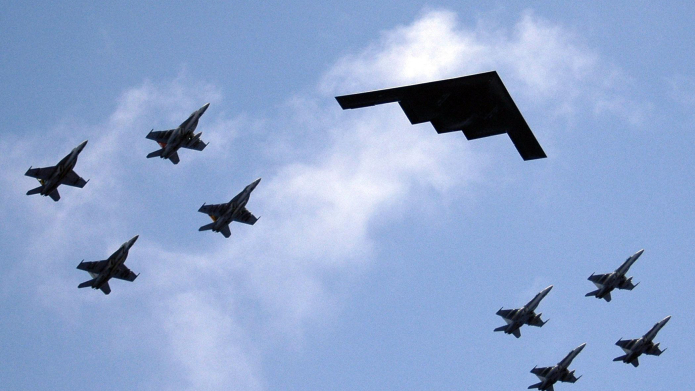 Santander, announced yesterday as the winner of the Financial Times and International Finance Corporation’s Sustainable Global Bank of the Year award, has invested over one billion euros in sales and production of weapons over the last ten years, highlights the campaigning network BankTrack. Santander has provided finance to some of the world’s biggest arms companies, including the likes of BAE Systems, EADS, Finmeccanica, Thales, Honeywell and Lockheed Martin, many of whom are implicated in the sale of arms to oppressive regimes (1). This is despite operating a defence sector policy which states that it “will not finance projects related to arms manufacturing, trade or distribution of anti-personnel mines, cluster bombs or nuclear, chemical or biological weapons”.

Arms deals aside, Santander is also one of the principal financiers of the highly controversial HidroAysen dam project in Chile, providing finance to all of the key companies involved (2). The project will dam two of Chile's most powerful and pristine rivers, and the transmission lines for the project would require one of the world's longest clearcuts – much of it through untouched temperate rainforests of a type found nowhere else on the planet outside Patagonia (3).

Santander was presented with the award at an awards ceremony in London last night. The other banks shortlisted for the award were Standard Chartered and Morgan Stanley, neither of which fare any better in terms of their finance for damaging projects around the world.

Standard Chartered, last year’s winner, is helping to finance at least eight destructive ‘dodgy deals’ around the world. The projects, which campaigners are fighting to reverse, include the extraction of Canada’s vast tar sands, risky oil drilling in the Arctic Circle, a destructive mega dam project in Laos, and the Sakhalin II oil platform, which is endangering the last feeding ground of the critically endangered Western Grey Whale (4).

Morgan Stanley, formerly one of the Big Four US investment banks, is a key financer of mountaintop removal coal mining, a hugely ecologically destructive technique where the tops of mountains are removed to extract the coal inside (5).

“We urgently need a finance sector that is truly committed to sustainability, and the FT and IFC’s Sustainable Finance Awards rightly recognise steps in this direction. But with the Sustainable Global Bank of the Year award, the FT and IFC are looking for something which is not yet there,” said BankTrack director Johan Frijns. “All of the shortlisted global banks are involved in financing socially and environmentally devastating projects, in spite of a few flagship green projects and some worthy policies. Setting up a sustainability award especially for major global banks is premature; as of now, there is no such thing as a ‘sustainable’ global bank”

- End -
(1) For full details of Santander’s finance for the arms trade, see:
http://www.bancaarmada.org/index.php/index.php?option=com_content&view=article&id=72&Itemid=475. For details of sales to oppressive regimes, see for example http://www.caat.org.uk/resources/companies/.
(2) See “Financing of the companies involved in the HidroAysén project”, Profundo, 2010
(3) See http://www.banktrack.org/show/dodgydeals/hidroaysen_dam
(4) See http://www.banktrack.org/show/bankprofiles/standard_chartered
(5) Morgan Stanley is the sixth largest bank in the US in terms of finance mountaintop removal coal mining, investing $437.5 million in 2012 alone, according to BankTrack member Rainforest Action Network. See http://ran.org/coal-finance-reportcard-2013