Anthea Lawson is the head of the Banks and Corruption campaign at Global Witness. 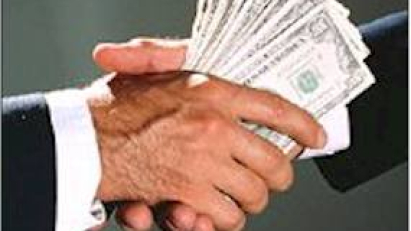 Earlier this month, Swiss bank regulators found that four Swiss banks had not done enough to identify dictators' assets they held. Earlier this year, Britain's Financial Services Authority investigation into London banks found that three quarters of them were not doing enough to verify the sources of some customers' wealth.

These probes shed some light on a system that is failing to stop the flow of corrupt money, a problem that continues to have disastrous consequences for millions of people. Neither regulator, however, has named the banks that have fallen afoul of the rules, nor given any indication they will do so. They also fail to answer the fundamental question of what this money was doing in Swiss or British banks in the first place.

Let's put this in context. Three entrenched, repressive and corrupt regimes fell this year largely because the people they ruled were fed up with epic levels of corruption.

That kind of corruption cannot happen without a bank. Dictators cannot steal millions of dollars from the state, nor accept massive bribes, if the money has to be kept under the bed.

Payments for natural resources like oil and gas do not arrive in dollar bills, they are paid by bank transfer; increasingly, bribes and rake-offs from commercial deals are too. Plus it's safer to keep money out of the country - away from opponents, and accessible if you're ousted from power.

As a result of the convulsions across the Middle East and North Africa, the Swiss were among the first to freeze Tunisian, Egyptian and Libyan assets, beating both the European Union and the United States (the latter only froze Libyan funds).

In the banking industry, senior foreign officials, their family members and close associates are known as Politically Exposed Persons (PEPs). Banks are supposed to do extra checks to identify them and the deposits they make because of the possibility of corruption.

According to the Swiss Financial Market Supervisory Authority, FINMA, the four Swiss banks got it wrong in obvious ways. One accepted regular seven-figure payments into a PEP's account without checking their origin; the banker who was the client adviser may have blocked attempts to investigate his client. Another bank had a PEP account in which there were "indications of illegal transactions," and the bank failed to treat him as a PEP despite identifying him as related to a ruler - and the fact that another bank had kicked him out as too high-risk.

These banks must now face exposure and stiff fines, or the Swiss regulators' probe will have failed to teach the necessary lessons.

Other European countries have also found assets linked to despots. Germany, for example, froze a $2.8 million account belonging to one of Muammar el-Qaddafi's sons.

When will we find the political will to stop dictators operating out of sight of their own citizens and finally deny safe haven to dirty money and dictators' loot across Europe?