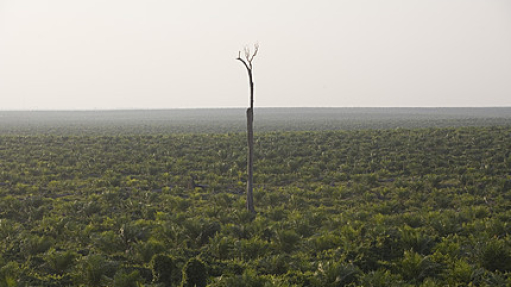 Greenpeace China and local green groups are lobbying the Chinese government to reject Gold East Paper's application for a domestic stock listing because of its shocking environmental record.

Gold East Paper is an affiliate of Indonesian logging giant APP, which is suspected of illegal forest destruction in Indonesia and China.

Greenpeace recommends that China's Ministry of Environmental Protection (MEP) carefully consider whether this company, which violates pollution laws and illegally destroys forests, should have the right to raise capital by listing its shares on the Shanghai stock market.

Gold East Paper has submitted its initial public offering (IPO) application to the China Securities Regulatory Commission (CSRC), the regulatory body of China stock market.  Following an agreement between CSRC and MEP on new listing applications, the MEP initiated a 10-day consultation period from Aug 5 to 14 to gather the public's opinion about the Gold East Paper. (More details of this green finance initiative can be found here)

Investigations by Greenpeace China and fellow green groups, including Global Village, Friends of Nature, Green SOS and Green Watershed have found that since August 2005, Gold East Paper and its seven subsidiaries in China have been guilty of eight serious environmental offenses.

China's environmental ministry first has to approve the listing before it goes to the securities regulator.

During the ministry 10-day public consultation on the company IPO (from August 5 to 14), Greenpeace and many local green groups have been urging the watchdog to pay attention to the enterprise's environmental shortcomings when considering whether to approve the listing.

It is clear that APP, Gold East Paper, and its subsidiaries have shown a complete lack of sincerity in keeping their environmental promises.

Until these issues are resolved, Greenpeace China recommends that Gold East Paper not be allowed to proceed with a domestic listing.