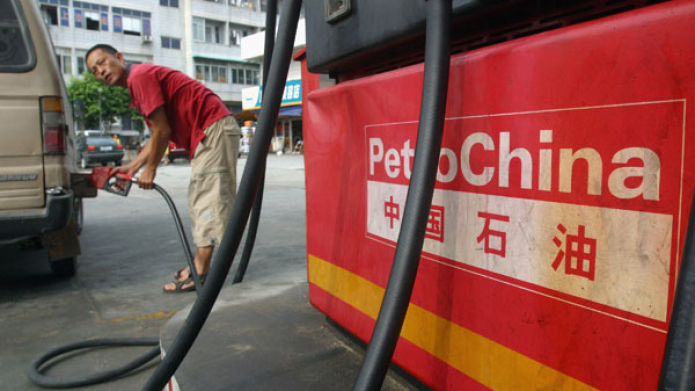 Friends of the Earth today released Crude beginnings, a new investor brief  on the environmental and social risks associated with China National Petroleum Corporation, one of the world's biggest oil companies.

CNPC, China's leading oil and gas producer and supplier, is rapidly increasing its global footprint, and operates in dozens of countries around the world. The report, Crude beginnings, is among the first to assess the company's overseas environmental and social risks, as well as the company's ability to manage those risks. It is being released at a briefing today for institutional investors, who own part of CNPC via its publicly traded subsidiaries PetroChina (NYSE: PTR) and Kunling Energy (HK: 00135).

"As Chinese companies become more active globally, investors and the international community are keenly interested in ensuring that companies like CNPC abide by internationally accepted norms to protect people and the planet," said Michelle Chan, Economic policy program director for Friends of the Earth.

Friends of the Earth has long tracked the world's largest oil companies, from Exxon to BP to Shell. The report found that like most international oil majors, CNPC faces political, social and environmental risks, including impacts on communities and indigenous peoples, operations in biodiversity hotspots, and exposure to violent conflict and corruption.

"Despite the company's size and reach, CNPC does not yet have comparable adequate environmental and social governance systems to effectively address these risks," said Chan, contrasting CNPC with its international peers. "This can harm communities and the environment, undermine the company's operational effectiveness and erode long-term shareholder value."

The study, which is drawn from interviews with company representatives, academics and others, finds that the company's underdeveloped corporate strategy regarding overseas environmental and social issues does not reflect international best practices, nor does it provide fundamental safeguards for society, workers and the environment. The report also examines five case studies of company operations in Peru, Sudan, Iraq, Myanmar (Burma), Kazakhstan and Russia, which provide both positive and negative examples of the company's environmental and social performance abroad.

Finally, the report notes that many external actors could potentially influence the company, including Chinese government ministries, intergovernmental bodies and investors, but that they all so far have had limited impact on the company's environmental and social performance overseas.

"CNPC does not seem to have a clear corporate strategy for managing environmental and social risks abroad," said Chan. "But its subsidiaries, which are on the front lines confronting these risks, may hold the most short-term promise for driving improvements to the company's overseas performance."

"Friends of the Earth's report Crude beginnings:  An assessment of China National Petroleum Corporation's environmental and social performance abroad is an excellent roadmap, if CNPC chooses to use it, to assuring that the corporation's actions and governance meet fast-developing expectations regarding the sustainable operation of multinational firms," said Julie Gorte, Senior Vice President for Sustainable Investing at PaxWorld Management LLC. "As China's role as a major multinational economic player increases, investors, stakeholders and civil society will all expect Chinese corporations to step up to the sustainability plate, and as one of the world's largest energy companies, CNPC can help to lead the way. Friends of the Earth has outlined many positive concrete steps that CNPC - or really any oil company, or any Chinese company, may wish to consider quite seriously."