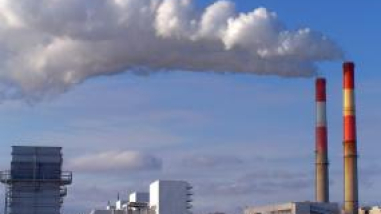 Coal-fired power plants are a major source of greenhouse gas emissions—one that could be increasing significantly globally, according to new analysis from the World Resources Institute.

Coal in the Developing World

Our analysis finds that 483 power companies have proposed new coal-fired plants across 59 countries. Most of these proposed plants are in developing nations—mainly China and India. These two countries account for 76 percent of the proposed new coal power capacity. New coal-fired plants are also proposed in some developing countries where there’s currently limited or no domestic coal production, such as Cambodia and Senegal. The United States ranks seventh out of all countries, with 36 proposed plants with a capacity of more than 20,000 MW.

Not all of these projects will necessarily be approved and developed—the report only looks at proposed new plants. However, this research shows a significant—and troubling—interest in coal development globally.

A Crucial Decade for Energy Choices

Energy is a universal need, and new energy development is critical in the developing world in order to lift people out of poverty and empower them to enjoy a higher quality of life. However, the choice of energy sources is a tough one, as developing countries must seek low-cost options. Coal-fired plants are often considered such an option, even though strong evidence of coal’s toll on the climate, environment, and human health suggests otherwise.

Take China: The country created an economic miracle by relying on coal as its primary energy source. However, China has been paying a huge price for its coal dependence in the form of increasing public health concerns, deteriorating ecosystems, poor air quality, more carbon pollution, and growing social tensions. While the Chinese government announced a target to cap coal consumption at 3.9 billion tons by 2015 and introduced ambitious energy efficiency and renewable energy policies, the country still has a long way to go to wean itself off coal.

Last week, the International Energy Agency (IEA) released its annual World Energy Outlook, finding that coal demand could rise by 21 percent by 2035. The IEA points out that the future of coal depends largely on policy decisions as well as the price of other energy sources, including natural gas.

Fortunately, cleaner energy technologies are becoming increasingly competitive and easily accessible. Many developing countries have come to understand the importance of cleaner energy sources for the long-term sustainability of their development and have put policies in place to encourage energy efficiency and renewable energy. For example, a significant portion of India’s new installed power generation capacity will come from renewable energy sources in order to meet its national target of 15 percent renewable energy by 2020.

The next decade will be crucial for countries—especially developing nations—to make the right energy choices. We hope this working paper can inspire discussions around what should be done to avoid planetary risks while ensuring economic growth.