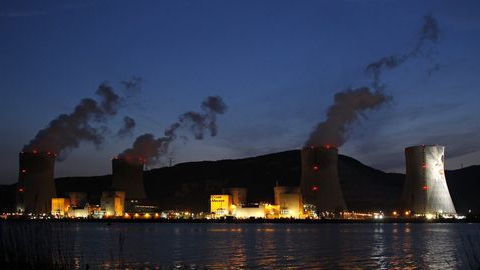 The value of Japan's energy utilities, which slumped in the aftermath of the Fukushima nuclear disaster, will fall further if the companies continue to ignore major changes in market forces and regulations, a new Greenpeace report warns.

The report 'Beyond Nuclear: The triple challenge facing Japanese utilities', identifies three main issues the industry faces: a new wave of market deregulation, the devaluation of nuclear assets and breakthroughs in the deployment of renewables - and recommends changes that could boost the fortunes of Japan's utilities.

"The Fukushima disaster has broken the back of the traditional energy industry in Japan. The combination of the three main challenges our report highlights, aggravated by shrinking electricity demand and volatile coal, oil and LNG prices can stifle recovery if the utilities don't quickly adapt their business models," said Gyorgy Dallos, Greenpeace International energy investments advisor.

Published today, the Greenpeace report notes that the share prices of Japan's 10 major utilities plummeted after the Fukushima disaster and have not recovered. Fukushima nuclear plant owner TEPCO lead the decline, while the shares of non-nuclear Okinawa Electric Power fell the least.

Despite the victory of the pro-nuclear LDP party at the national election in December, utility share prices were still 22-89% below March 2011 levels on February 1, 2013, significantly underperforming Japan's benchmark Nikkei 225 Index, which has recovered to above pre-Fukushima levels.

The Greenpeace report outlines a range of strategies, successfully used in other markets, that can guide the evolution of Japan's utilities. They must increase the flexibility of their electricity generation, improve the efficiency of existing thermal generation, reduce peak demand and volatility and learn how to benefit from the blossoming renewable revolution and Feed-in-Tariffs.

To boost their financial positions, the report also recommends that the utilities consider floating a minority share in their transmission-distribution assets.

"The good times are over for Japan's nuclear utilities. They can forget the days of market dominance and high profitability. But they can learn to be successful in a harsher environment and become less exposed to political changes and market risks," said Dallos.