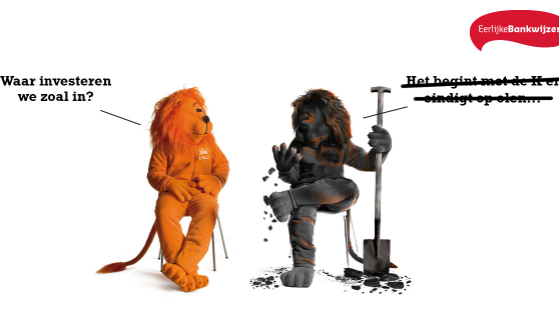 ING, the largest bank in the Netherlands, has become the latest to announce it is withdrawing from financing new coal power and mining projects. The move "suddenly makes ING a front runner on climate change among the large global banks" according to BankTrack, which has been calling on banks to publicly commit to quit coal in the run-up to the Paris climate summit, which starts next week.

The announcement also included a commitment to avoid financing any new clients generating more than 50% of their business from coal power or mining. ING also said that it is committed to reducing its exposure to coal in the future.

BankTrack research carried out last year showed that ING was among the 30 banks most heavily involved in financing the coal industry , with finance of over USD4.5 billion for coal between 2005 and April 2014. 60% of its coal finance came from the bank's lending business, and 40% from underwriting of shares and bonds.

"After years of delay, today's announcement suddenly makes ING a front runner among the large global banks on climate change, with a clear and unambiguous statement to immediately end finance for new coal, and reduce its finance going forward. However the new commitment is not comprehensive, and still allows ING to continue its underwriting of billions in bonds and shares for coal companies."

"We have called on all commercial banks to sign the Paris Pledge to fully phase out their finance for coal. We've seen 21 smaller banks step forward and take this pledge . With its position today, ING need only elaborate on their plans to reduce their future coal exposure, and extend this to all its financial service provison, to be among them. In the wake of moves from Allianz earlier this week to divest from mining and utilities companies which generate over 30% of their revenues from coal , it is clear that responsible businesses in the finance sector are finally abandoning coal."