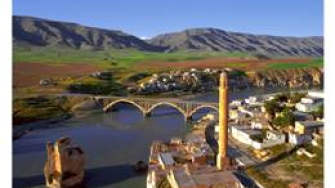 Germany, Austria and Switzerland have started the official process of withdrawing financial support for the Ilisu project in Turkey. According to the German Under-Secretary of State, Erich Stather, from the German Federal Ministry for Economic Cooperation and Development, the three countries initiated exit proceedings yesterday by sending an Environmental Failure notice to the Turkish government. From now on, Turkey has 60 days left to fulfil the conditions attached to the Ilisu Project. Non-governmental organisations consider it unlikely that Turkey will fulfill these conditions, that they have been putting off for two years, in just two months.

"The pullout could be completed by Saint Nicolas Day on the 6th December. Such a diplomatic step has not been taken ever before in the history of the European export economy", said Ulrich Eichelmann from ECA Watch Austria. Heike Drillisch from the German Ilisu Campaign CounterCurrent comments: "We welcome this long overdue decision from the three European governments. It is a great success for the Ilisu Dam Campaign. We will be watching very carefully to make sure that there are no underhand compromises made with Turkey at the last minute."

The start of the pullout process became necessary as independent experts reported time and time again that Turkey was not meeting its obligations and was ignoring international standards. In March 2007, the three countries had signed a contract with Turkey covering export credit guarantees to insure work on the Ilisu Dam project by "their" construction companies (Andritz AG, Zueblin AG, Alstom). Thereupon, Bank Austria, now UniCredit, the German Deka Bank and the French Société Générale agreed to provide loans of at least 450 million euros. This amount may not be available for the project anymore as, without governmental support, the banks are likely to also back out of the project. Contracts with the construction companies will then also be in doubt.

"The Europeans' likely pullout is good news for the inhabitants of Hasankeyf and a motivation for us to step up our opposition to the project in Turkey itself. We have been given a real chance to save our home with its nature and cultural heritage that is thousands of years old," commented the Mayor of Hasankeyf, Abdulyahap Kusen.

Worldwide opposition to the project has made "Ilisu" into one of the most controversial reservoir dam projects. A delegation from Hasankeyf including Mayor Kusen, the Turkish nature conservation organisation Doga Dernegi, and representatives of the German and Austrian Ilisu Campaign are currently in Berlin to campaign for the final pullout from the project.