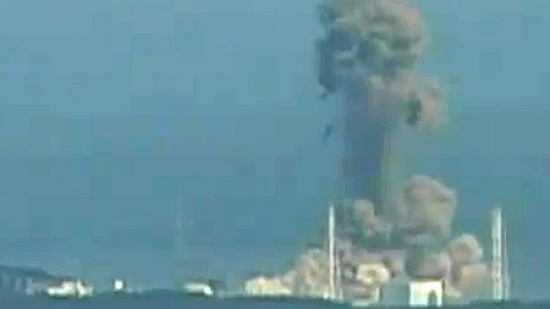 Investors in nuclear power are being sold precarious and potentially damaging investments because the industry’s risks are regularly being overlooked or underestimated, a new report from Greenpeace has found.

Compiled with the help of BankTrack, the environmental organisation’s Toxic Assets report highlights the fact that vast sums of money have already been lost and investors are at risk of future losses as the industry and ratings agencies consistently underestimate, ignore and conceal major problems from shareholders and creditors.

The Greenpeace report also argues that not only can these investments prove to be equally toxic as radioactive contamination following a nuclear accident, their worth is also being gradually eroded by aging plants, growing costs, falling utilisation rates, changing regulations and shrinking government support.

Using the enormous economic losses surrounding the triple meltdown at TEPCO’s Fukushima Daiichi nuclear plant as an example, Toxic Assets (1) shows how financial valuations and investment decisions had not taken well-known and systemic problems into account.

Crucial vulnerabilities in reactor design, major frauds, cover-ups and governance issues; collusion and loose regulatory supervision; and well-understood natural disaster warnings were all ignored and hidden from investors. This is a common and continuing theme, not just in Japan, but globally.

“All of these warnings had been publically highlighted for years, often decades, before the nuclear disaster, but at best they were never taken seriously by credit agencies, analysts, or regulators. At worst, these alarm bells were ignored and covered up to preserve the false impression that nuclear power is a good investment,” said György Dallos, Greenpeace International Senior Energy Investments Advisor.

“Not only did credit rating agencies and financial analysts not inform shareholders about the risks of their investments, they routinely failed to draw the right conclusions in their valuations, ratings and recommendations – even after major scandals such as the 2002 TEPCO maintenance video frauds.” (2)

In the wake of the Fukushima disaster, TEPCO lost 90% of its market capitalisation, had its bonds rated as junk and is currently in the process of being at least partly nationalised. As a result, investors and financiers of nuclear utilities and nuclear vendors all over the world have also seen their investments eroded.

Had analysts, financial advisors and ratings agencies looked beyond short-term cash flows and paid attention to the many early warnings, they would have been able to save investors from major losses.

“Fukushima Daiichi has proven that nuclear power plants are not only dangerous, but they are expensive and extremely risky investments,” said Dallos. “These plants can create liabilities that can greatly exceed asset value, yet the scope of a disaster, the risks posed by aging reactors and the higher than assumed probability of a devastating accident are not taken into consideration.”

Ayako Sekine, Greenpeace Japan Energy Campaigner, added: “New nuclear reactor builds have been a clear investor ‘no-go’ for at least a decade unless there was significant government support, and the Fukushima disaster has again highlighted the threats the technology poses to public health, the environment, and the global economy.”

“The Japanese government is again being cavalier about the threat nuclear power poses to its people, its environment and its economy, by ignoring expert advice and pushing to restart dangerous reactors. It’s time governments and the financial sector conducted proper due diligence (3) and treated nuclear energy for the toxic investment that it is,” said Sekine.

Greenpeace is an independent global campaigning organisation that acts to change attitudes and behaviour, to protect and conserve the environment, and to promote peace.

3) Link to the Executive Summary and the Lessons from Fukushima report: http://www.greenpeace.org/fukushima-lessons

The Greenpeace Energy Revolution scenario for Japan shows how a phase out of nuclear power generation in 2012 is possible while still reducing greenhouse gas emissions by 25% by 2020.