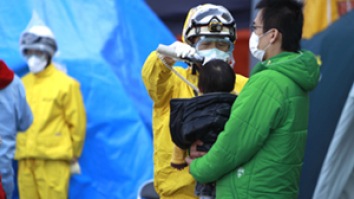 "Standard and Poor's warned clients that the risk of cancellations or delays for existing and future nuclear projects has increased as a result of the situation in Japan." (See Reuters.)

"'The severe nuclear incident in Japan has put a global nuclear renaissance into question,' Bernstein International analyst Alex Barnett said in a research note." (See The Globe and Mail.)

"BMO Capital Markets' Michael S. Worms cuts Entergy to market perform from outperform:   ‘Relicensing approval of Vermont Yankee by the Vermont legislature has long been in question; however, we believe concerns relative to the nuclear issues currently facing Japan could be the final blow.' (See Wall Street Journal.)

"Some industry analysts, however, have already begun predicting the (South Texas Project) expansion's demise - and are describing it as a favorable financial prospect for NRG.  Others say the Japanese disaster is practically irrelevant. ‘This almost doesn't change the fact that new nuclear looks to be a bad investment,' said Paul Fremont, a managing director at Jeffries and Company, an industry analyst. ‘Constellation (Energy) walked away and said keep your loan guarantee, it's not economic to build.'  (See Chron.com.)

"Given the lower overall probability of (expansion),' UBS Utilities said in an analyst report Monday, ‘we see positive implications for NRG shares.' Others think ongoing efforts to stop the expansion from being licensed could prevail.  (See San Antonio.)

"Analysts at Moody's said the Japanese nuclear problems create ‘uncertainty' for the NRG expansion project, but abandoning the project would be a positive for the company due to uncertainty over its cost." (See Reuters.)

"For NRG Energy we think the potential added pressure could be the end of its nuclear loan guarantee award from the Department of Energy for STP (units) 3 and 4 in Texas which could cause a write-off in the short term, but would be likely positive in the long-term,' Barclays wrote in a note to clients."  (See Reuters.)

Palisades Hudson Financial Group:  "... the fact remains that any accident at a nuclear power plant carries the risk of catastrophic long-term consequences. There are many other ways to generate electricity, and none of them create the potential for cataclysm, or the need to quarantine their byproducts for centuries.If we honestly accounted for the true costs of nuclear power, there is a very good chance we would conclude that it does not make sense for anything other than submarines and spacecraft."  (See Palisades Hudson.)

"While Washington D.C. is still sticking by the defense of nuclear power, anything tied to nuclear power is getting crushed all over again today. PowerShares Global Nuclear Energy (NYSE: PKN) fell 11.5% yesterday and the ETF is indicated down around $18.35 this morning.  iShares S&P Global Nuclear Energy Index (NASDAQ: NUCL) saw an 8% drop yesterday and is also indicated lower.  The Global X Uranium ETF (NYSE: URA) is down another 10% at $14.15 this morning. US-based centrifuge player USEC Inc. (NYSE: USU) was also down 11% Monday and shares are indicated down 9.8% this morning. Canadian uranium miner Cameco Corp. (NYSE: CCJ) was down 12.7% Monday and shares are indicated down another 12% at $28.65 this morning. Shaw Group Inc. (NYSE: SHAW) is a manufacturer of nuclear and other power plants, and its shares were down 9.2% Monday. The stock is getting another fire sale with shares indicated down 9% more at $31.70 in pre-market trading. Uranium Resources, Inc. (NASDAQ: URRE) fell a whopping 25% on Monday and shares are getting clipped by another 17% at $1.45 in early Tuesday pre-market trading." (See Japan Watch, 24/7 Wall St. com.)

"'Toshiba said they wanted to put a lot of focus on nuclear power,' said Yuuki Sakurai, CEO of Fukoku Capital Management. ‘It's not so much a problem with a particular manufacturer, it's about the whole issue of safety, but firms that have put a lot of emphasis on nuclear power will suffer corresponding damage.'" (See Reuters.)

"Matthew Zylstra, analyst with Northern Securities, noted major uranium producing companies such as Cameco Corp. (-12.7%), Uranium One Inc. (-27.7%) and Denison Mines Corp. (-22.3%) all took major hits in trading on Monday ‘With the general decline in most commodity stocks, which has brought down valuations, we think there might be an opportunity in some of the coal names as investors shift out of ‘risky' sources of energy and into coal,'  he said in a note."  (See Financial Post.)