Home › News
Decommissioning cost of Fukushima Daiichi might be over US$90billion
By: Finance GreenWatch
2011-04-03
Tokyo Japan 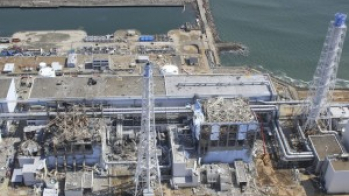 FGW has estimated that total decommissioning cost of crippled nuclear plants in Fukusima Daiich of Tokyo Electric Company(TEPCO), which might be over 7trillion yen (almost US$ 90billion).

Japanese government and TEPCO have already admitted to decommission  their facilities. We have calculated  those future cost by past experiences.

In the world, so far there are 80 examples of carried out decommissioning of commercial nuclear plants, due to aging or economical reasons. These decommissioning cost are different with the types and the durations of operation of each plants. But according to experiences in USA, average cost of decommissioning nuclear power plants per 1kw generation has been US$1000. On the other hand, in UK, which has been culclated as US$ 1750 per 1kw(see the following report of Greenpeace US:

Applying these estimated data to Fukushima case, total cost might be from 400b yen(US$5b) to 700b yen(US$8.75b).  But these data were coming from culculations under the normal conditions. In case of accidental situation such as Fukushima, GAO, USA governmental accounting body, has mentioned more serious estimations.

It said that in catastrophic case, decommissioning cost must be increased ten times than normal situations, due to several factors such as setting wide-range of keeping out zone, say within 30 km radius from the accidental site or purchasing properties within the zone from land owners, copamies and individuals and paying compensations to farmers and ranchers who used to operate the area and so on .

GAO's  cost estimation for catastrophic case would be US$ 15billion per plant. When we apply this estimation to our crippled Fukushima, total amount of decommissioning for 6 plants would be up to US$90b. When we apply GAO's recommendation of "ten times than normal situation",cost would increase to  US$50b ~ 87.5b.The highest amount of this range is almost similar with previous mentioned catastrophic case (US$15b per plant).

Therefore we think the maximum cost of decommissioning of Fukushima Daiichi would be up to 7b yen(US$90b). This amount is well exceed of TEPCO's net worth which is roughly estimated 3t yen(US$A37.5b). We think TEPCO might be insolvent debtor in the near future.

In addition, Goldman Sachs US securities houses was reported that it has  calculated decommissioning plants not only Fukushima Daiichi but  also Dainiwhich has 4 nuclear plants but not damaged so hard. We think why GS has regarded both sites as decomissioning plants might be its locations where are in the same coastal zone within 20km from crippled Daiichi.

If  the government sets keeping out zone within 20km or 30km, operation in Daini must be prohibited, even plants inDaini are not damaged. If we consider Daini is normal reactors, we estimate its decommissioning cost as US$1000~1750 per 1kw electric generation. Therefore the total estimation of  decommissioning would increase to 10 trillion yen(US$ 125b).