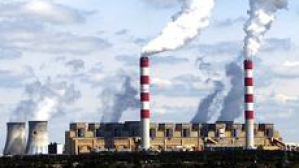 EUOBSERVER / COMMENT - If anybody in the EU had any illusions about how stern Poland's resistance to the EU climate policy can get, a reality check came on June 22.

Just days before, Brussels audiences were shocked to hear a statement from the EU budget commissioner, Poland's Janusz Lewandowski, who declared to national media: "We already have overambitious agreements on CO2 emission reduction. There is a notion that the thesis that coal energy is the main cause of global warming is highly questionable. Moreover, more and more often there is a question mark put over the whole global warming as such."

Such reactions were not unpredictable for Poles: inside the largest of the new member states, scepticism towards climate change science and defiance of the EU climate and energy package has predominated in governmental and mainstream media discourses for months.

But for Brussels and European audiences, they proved quite shocking as the country is about to take on the presidency of the EU on July 1, a mandate during which a serious push is needed from the presidency to go beyond 2020 climate targets and have a chance to save the post-Kyoto climate agreement in Durban.

A closer look at the Polish energy market and future energy strategy gives grounds to believe that – far from providing the kind of leadership the EU needs to move ahead with progressive climate policies – the country is likely to use its presidency to hinder such attempts. The recent events in Brussels are merely a taste of more to come.

The seeds of the growing rift between the climate ambitions of the EU and the Polish vision of the future of its economy were sown in November 2009 when 'Poland's energy policy until 2030' document was published.

The Polish energy market is currently at a crossroads. While almost 85 percent of electricity is produced from coal, two thirds of installed coal capacity is older than 30 years, and one third is almost 40 years old.

According to the Public Consultancy Board for the National Programme of Emission Reduction, more than 7 GW of ageing generation capacity (almost 20 percent of total currently installed capacity) will have to be taken out of operation by 2015.

Huge investments in energy capacity are therefore needed in order to maintain the current levels of energy generation and to meet the ever-increasing requirements of the EU climate and environmental legislation. The cost of the investments required in energy generation and infrastructure in Poland until 2020 range from €41 billion to €98.5 billion.

This situation makes it clear that the country is at a point when crucial decisions about the long-term future of its energy sector are being made. Poland could use the opportunity provided by the expiration of existing production capacities to give a massive push to a resource-efficient renewables-based economy. But quite the opposite is happening.

To date, Poland has no Renewable Energy Law in spite of the EU requirement to transpose the 2009/28/WE EU Directive by the end of 2010. The energy efficiency bill approved by the Polish parliament in April is a transposition of the EU 2006/32/WE directive which does not go beyond the minimal requirements of the EU legislation: it does not provide the necessary incentives nor the security needed to spur investments in energy efficiency.

This is in spite of the fact that Poland needs three times as much energy as the most energy efficient countries in the EU and twice as much as the EU-27 average to produce the same amount of goods.

15,000 MW of coal capacity are planned to replace the ageing power plants in the country, some of which date from the 1940s.

Not only are both the Polish government and the state-owned energy companies deeply convinced that coal will continue to be the basis of Polish energy production for years to come, but these key players are also keen to present the EU climate and energy package as a danger to the stability of the Polish energy generation system. It is no coincidence that Poland is one of only two countries to apply for free CO2 emission allowances from the EU in the 2013-2020 period.

Promoting such a high-level of coal dependency is certainly counter-productive for the future of Poland, but the recent Polish positions on common EU climate goals make it clear that this approach can prove a threat to Europe as a whole.

Meanwhile, it is important to note that Poland cannot pull off such ambitious investments in coal by itself. Ironically, it needs European public money to make such investments. Even more perversely, European public banks – which are supposed to further EU goals – are quite keen on supporting the country's misguided energy choices.

Both the EIB (the European Investment Bank, the EU house bank) and the EBRD (the European Bank for Reconstruction and Development) have been involved in financing fossil fuel projects in Poland in the past and the EIB has approved one new coal project as recently as this March.

The new project is the hard coal CHP in Bielsko Biała, which is estimated to cost €155.9 million - from which EIB plans to finance up to €75.8 million. Several other Polish coal projects are currently under consideration by the two European banks.

Through its public banks, the EU can either promote energy efficiency and renewable energy projects and help Poland transition to a resource-efficient renewables-based economy or it can help lock the Polish energy sector in a fossil fuel intensive energy production model. As the recent startling interventions of Poland show, Europe could be shooting itself in the leg by choosing the latter.

The writer is a coal campaigner with CEE Bankwatch Network