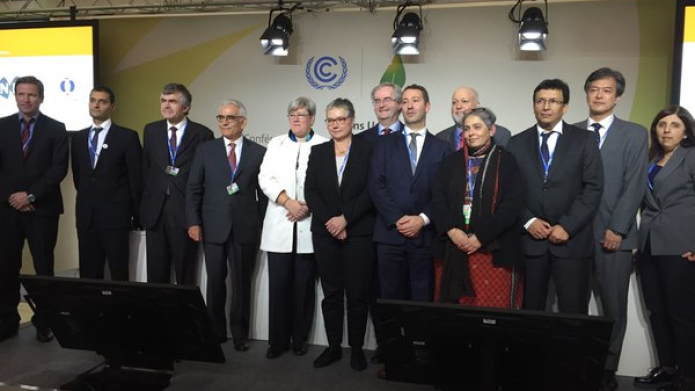 Today, on Monday December 7, 11 banks including the World Bank, European Investment Bank and Crédit Agricole, are announcing the launch of 'Five Voluntary Principles for Mainstreaming Climate Actions Within Financial Institutions' at the UNFCCC COP21 Climate Summit in Paris, France.

BankTrack, Friends of the Earth France and Rainforest Action Network have jointly issued the following statement in response:

These voluntary principles highlight the lack of climate leadership at the world's largest banks. Not one mention is made of the major role financial institutions have to play in decarbonizing the global economy - first and foremost by signing the 'Paris Pledge to Quit Coal' and publicly committing to phase out financing for coal mining and coal-fired power worldwide.

"The urgency of addressing the biggest drivers of climate change has never been more pressing than it is here at the Paris COP summit, and yet the words ‘fossil fuels' still don't appear in these new climate principles," said Yann Louvel, Climate and Energy Campaign Coordinator at BankTrack. "While some financial institutions have recently started to cut their financing for coal mining and coal power, the sector still refuses to collectively recognize that the one key climate action they need to take is to phase out their financing of fossil fuels."

Lucie Pinson, Private Banks Campaigner at Friends of the Earth France, said: "These new principles still focus on the risks posed by climate change for the business activities of banks. What we urgently need is for banks to focus on the risks their business is posing to the climate."

"The principles are vague, incremental and distracting from the real work that needs to be done by financial institutions to address their role in climate change," said Amanda Starbuck, Climate & Energy Program Director at Rainforest Action Network. "They represent pure and simple greenwash."

This is the latest in a series of attempts by the financial sector to adopt a unified approach to climate finance. Already in 2008, just before the Copenhagen COP climate summit, a consortium of European private sector banks announced 'The Climate Principles'. Those principles also lacked the necessary ambition to create a fundamental shift in business practice and quickly faded into obscurity.

Also, the Equator Principles, a framework which guides bank management of environmental and social risk, only adopted language referencing climate change in 2013, after ten years of deliberation and still hold no requirement for banks to reduce their financing of carbon-intensive fossil fuels.

A new report published at COP21 last week by BankTrack, Friends of the Earth France, Rainforest Action Network and urgewald notes that between 2009, the year of the Copenhagen climate summit, and 2014, the world's biggest commercial banks put only 40 percent as much financing into the renewable energy sector ($104.59 billion) as into coal alone ($257.02 billion).