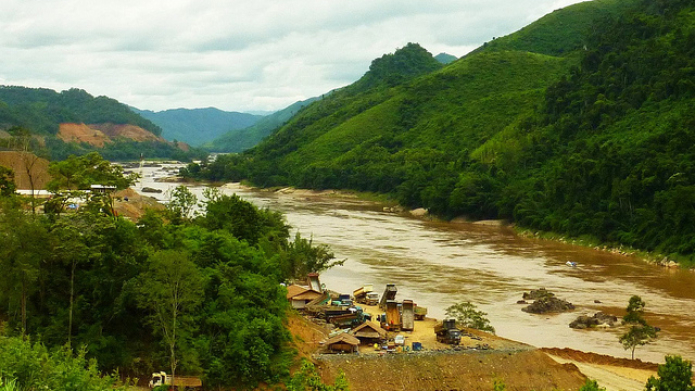 Luang Prabang, Laos:  At yesterday’s 19th Mekong River Commission (MRC) Council Meeting, heated debate occurred over Laos’ construction of the Xayaburi Dam and plans to build a cascade of dams on the Lower Mekong River. According to participants at the meeting, MRC governments disagreed about the prior consultation procedures and how they had been applied in the case of the Xayaburi Dam. The Cambodian delegation asserted that Laos had misinterpreted the Mekong Agreement and that the prior consultation process had never been completed. Meanwhile, Vietnam requested that no further developments on the Mekong mainstream occur until the Mekong mainstream dams study agreed upon at least year’s Council Meeting is completed. The official opening statements from Council members reveal that Cambodia and Vietnam have not changed their opposition to the Xayaburi Dam and other mainstream dams (download the opening statements below).

In his opening statement, Vietnam’s Deputy Minister of Natural Resources and the Environment diplomatically chastised the Lao government, stating that the “launching of the first mainstream hydropower project recently in the Lower Mekong Basin is causing concerns of the Governments of the riparian countries in the region and the international community about its adverse impacts on downstream areas.  While we are still trying to do the research to understand its impacts, each riparian country should show their responsibility by assuring that any future development and management of water resources proposed in the basin should be considered with due care and full precaution based on best scientific understanding of the potential impacts.”

The Cambodian and Thai Council members both asked that the Mekong mainstream dams impact study be completed as soon as possible to ensure that future decisions about mainstream dams are informed by good science. 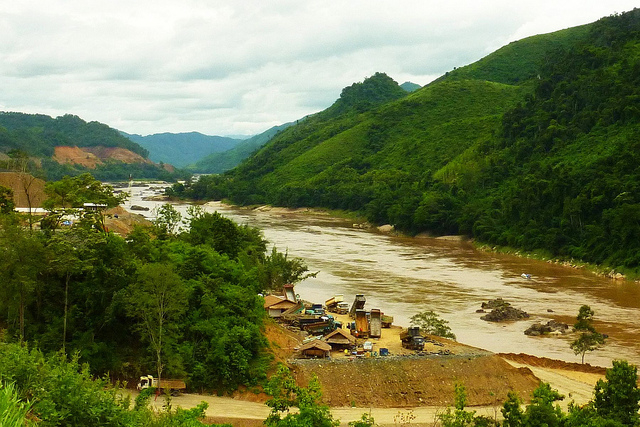 Meanwhile, in a Joint Statement made by the MRC’s Development Partners, donor governments expressed the need for consensus amongst the MRC governments on Mekong dams due to their transboundary impacts and requested that the Lao government disclose the Xayaburi Dam’s project design, while taking into account the concerns of their neighbors.  The statement said, “It is our consensus that building dams on the mainstream of the Mekong may irrevocably change the river and hence constitute a challenge for food security, sustainable development, and biodiversity conservation.”

MRC Development Partners also recommended in their statement that all ambiguities in the prior consultation process be resolved before any other mainstream project proceeds.

“We applaud Cambodia and Vietnam for upholding their responsibilities in the 1995 Mekong Agreement, and donors for recognizing the flaws in the current process.  Vietnam has acted responsibly in requesting that all decisions over the development of the Mekong are based on science,” said Ms. Pianporn Deetes, Thailand Campaign Coordinator for International Rivers. “Laos needs to begin respecting the 1995 Mekong Agreement and neighboring governments’ requests by immediately stopping construction of the Xayaburi Dam.”

Throughout the MRC prior consultation process, reservations over the Xayaburi Dam and the flawed decision-making process have been expressed by the Cambodian and Vietnamese governments. Divisions between MRC member countries have remained since the MRC’s Special Joint Committee Meeting held on April 19th, 2011, in which the government of Lao PDR proposed to proceed with the project. In contrast, the governments of Thailand, Cambodia and Vietnam called for an extension to the decision-making process, citing concerns about transboundary impacts and knowledge gaps that require both further study and public consultation.  Vietnam requested a ten-year moratorium on decisions over mainstream dams.  At the 18th MRC Council Meeting in December 2011, the four governments agreed to carry out a study on the impacts of the Mekong mainstream dams.  The study has been slow to progress with the countries only recently agreeing upon the study’s concept note.

“No further projects should be allowed to undergo the MRC’s prior consultation process until an immediate review of the process is carried out by the four governments, with the participation of the region’s public,” said  Mr. Kirk Herbertson, Southeast Asia Policy Coordinator for International Rivers.  “The Mekong River Commission is in desperate need of legal and institutional reform.  It’s a broken process that needs immediate fixing.”

On Friday, January 18th, representatives of the MRC Council and the Development Partners will participate in a field visit to the Xayaburi Dam site.