Home › News
Cachuela Esperanza: Hope or Havoc on the Rio Madera?
By: The official blog of Amazon watch
2011-08-01
Bolivia 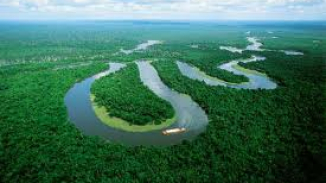 Though the name "Cachuela Esperanza" may include the word "hope" translated, this proposed megaproject will most likely mean disaster for the natural environment and indigenous population living near the Madera River Basin. The proposed project was the subject of the recent international symposium Cachuela Esperanza: In the International Basin of the Madera River in Cochabamba, Bolivia this past June. The conference, organized by the Center For Applied Studies in Economic, Social, and Cultural Rights (CEADESC), sought to examine the issue of this proposed damming project on the Rio Madera in the northern Beni province of Bolivia. Presenters did not only touch upon the issues of the technical design and potential impact of this dam, but they also spoke to the leading role of BNDES, the national development bank of Brazil, in financing this roughly US$2.5 billion megaproject. The dam - part of the Madera River project - was designed by the Empresa Nacional de Electricidad (ENDE) and construction is expected to begin within the coming year. However if this project proceeds as planned, the livelihoods of indigenous populations surrounding Cachuela will be forever changed and Brazil's growing influence in Bolivia undoubtedly secured.

The town of Cachuela, located on the rapids of the Beni River 30 kms before it joins the Mamore to form the Madera River, was a product of the rubber boom in the late 19th century. The town has begun to fall into disarray since the 1920s, and for some local residents, the building of this dam presents an opportunity to revive the town from its decline. For others, it means disaster.

According to an impact evaluation produced by Tecsult, the effects of Cachuela Esperanza could be catastrophic, including the flooding of forests and cultivatable land, disrupted migration patterns for fish populations, extinction of certain fish species, mercury contamination, spreading of epidemics, uncontrolled migration, and displacement of indigenous communities. Cachuela would also produce three times less energy that San Antonia and Jirau, but would flood an area three times that of both dams combined (690 km2). Its emission of greenhouse gases would be ten times worse than those dams for every MW produced as well.

Given its environmental and human impacts, the willingness of the Morales government to move forward with this project is certainly perplexing. In fact, it is quite difficult to justify the construction of this dam based on the needs of the Bolivian population, as in reality it responds to the growing energy needs of Brazil. The project itself would only be viable should all the energy generated be exported to Brazil, given that Bolvia's northern provinces of Beni and Pando require less than 20 MW of electricity, only 2% of the hydropower the dam is expected to produce. It could also potentially prolong the useful lives of Brazil's Jirau and San Antonia dams by containing the sediment in the Beni River prior to flowing into the Madera. The Rio Madera Complex in its entirety reflects Brazil's need to secure clean energy sources to respond to the demand of its industrial hubs, reduce its dependency on fossil fuels, and provide investment opportunities for its private companies and multilateral banks. But Cachuela Esperanza in Bolivia represents a significant increase in the willingness of Brazil to lobby for and finance destructive megaprojects beyond its borders.

In truth Bolivia is only one of several Latin American countries surrendering its energy sovereignty to Brazil. The Peruvian government agreed to the construction of five hydroelectric complexes in the Peruvian Amazon region in an energy contract signed in 2010 between Peru and Brazil. Peru, like Bolivia, is not in need of new energy sources from the Amazon and given that the agreement establishes the sale of surplus electricity for 30 years to Brazil, it is evident which country's needs these projects have been planned to meet. Nicaragua too has put its hydroelectric damming projects in the hands of Brazilian firms.

BNDES itself is the second largest bank in the world with four times the funding of the World Bank, IDB and CAF combined. Last year alone, it spent US$100 billion on mining companies, pulp mills, and hydroelectric plants. The Brazilian government also recently passed legislation to allow their state companies to more easily operate in neighboring countries. Indeed these very companies have a significant influence on the Brazilian Congressional floor as a result in part of their financing of electoral campaigns. The loans granted by BNDES to theses companies allow them to become multi-nationals, thereby creating a monopoly over hydroelectric energy in this region and ensuring sufficient capital to continue to enter the markets of neighboring countries.

Brazil, however, is not the sole economic superpower staking its claim in the Amazon's energy potential. In Ecuador three hydroelectric dams are being constructed by Chinese companies and have been financed nearly entirely by China's Export-Import Bank. Indeed both China and Brazil have surplus capital and construction companies dedicated to infrastructural projects which has allowed for the exploitation of the energy potential of Latin America's numerous rivers.

Though the IIRSA may have invented an anti-imperialist discourse, it seems that two new influential economic hegemonies have been born; should the Cachuela Esperanza project be completed, then Brazil would be much closer to creating a hydroelectric monopoly. Yet, if BNDES continues to finance such destructive megaprojects, the future for indigenous populations and natural Amazonian world is certainly in jeopardy.