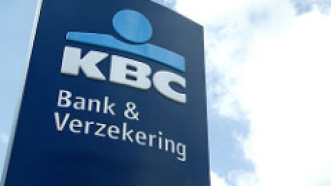 KBC Bank's recent publication of a new sustainability policy has come under public scrutiny, including from Belgian NGO FairFin which has evaluated the policy and addressed a range of questions to the bank. Following clarifications from KBC, FairFin's view is that the new policy marks a step forward for the bank. However, the policy has regrettably left the door open for KBC to continue its financing of coal and nuclear weapons.

Frank Vanaerschot, research coordinator at FairFin, commented: "With its new sustainability policy, KBC acknowledges that its financing has implications for climate change, which is certainly a step in the right direction. Disappointingly, however, the new policy still leaves KBC with a lot of room for financing very harmful practices."

"New criteria for coal financing have been introduced, but with certain exceptions applied to the bank's approach coal, an end to coal financing at KBC is still a long way off. The policy also covers KBC's approach to nuclear weapons, yet as the bank does not fully deem these weapons to be controversial, future financing for them has not been completely ruled out."

The new sustainability policy covers a range of sectors, though FairFin's analysis focuses on coal and weapons due to their highly controversial nature. Moreover these new policies only apply to KBC credits and insurance activities, and not to investment funds managed by KBC and offered to its clients.

On coal, KBC has introduced a series of restrictions for financing, thus recognising its responsibility for decreasing investment which fuels climate change. Utilities which only produce coal-based electricity and mining companies which only extract coal are to receive no new financing from KBC. Nonetheless, an important exception has been made for coal mining and power companies based in the Czech Republic. These companies will have access to new financing from KBC if they meet certain additional requirements.

Frank Vanaerschot continued: "Last year the chairman of KBC, Thomas Leysen, publicly stated that he ‘personally would not invest in coal anymore'. Since then we've wondered how this would translate into practice for Mr Leysen's bank. Now we finally have an answer. The new general restriction on coal is welcome and positive, however the exception applied to Czech coal companies is concerning."

A second element in KBC's new approach to coal policy concerns ‘mixed companies', those mining companies or utilities which extract coal or produce electricity based on coal but also extract or use other energy sources. For these, if a company's coal-based revenues constitute more than 50 percent of its total revenues and it is unable to show how its revenues will fall below the 50 percent threshold, from now on KBC will provide no new financing. If the company's coal revenues are lower than 50 percent of its total revenues, the bank will provide general company financing but no financing for specific coal related activities.

With KBC's new approach to the financing of weapons, only companies with "very limited arms-related activities" will be considered for financing. How limited "very limited" actually is remains unclear, and may be a sensitive grey area as weapons compromise only a small percentage of overall production for some of the most important weapons manufacturers.

Frank Vanaerschot concluded: "We would be curious to learn what ethical clients think of KBC's new approach to weapons financing. Regardless of whether or not the bank's financing goes directly to nuclear weapons or not, it has clearly opted to keep the door open for companies that play a role in the production and proliferation of nuclear weapons.

"It's very regrettable that on this occasion KBC failed to include nuclear weapons in its list of controversial weapons producers, a category commitment the bank made in its sustainability report of 2013."