This profile is no longer actively maintained, with the information now possibly out of date
Send feedback on this profile
Download as PDF By: BankTrack
Created before Nov 2016
Last update: 2019-05-23 07:09:50 Share this page: 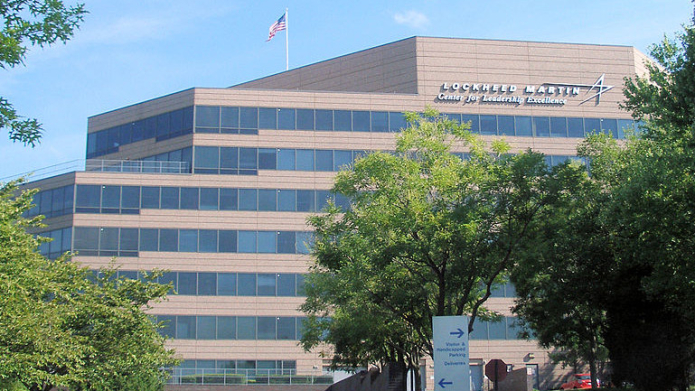 The company has four main business areas: Aeronautics; Electronic Systems; Information Systems & Global Solutions; and Space Systems. The aeronautics unit is engaged in activities such as the production of tactical aircraft and aeronautical research, while the electronic systems unit is involved in missiles and fire control, simulations, platform integration, and naval systems. The information systems division provides government and businesses with IT-solutions. Space systems deal with commercial satellites, government satellites, and rocket launches.

Weapon systems of Lockheed Martin are exported to controversial countries that have authoritarian regimes and are at risk of government corruption. Lockheed Martin’s weapons have been used by the Saudi-led coalition in the war in Yemen.

Lockheed Martin also sells (controversial) weapon systems to several countries of the Saudi Arabia-led coalition and there is evidence that these have been used directly in the war in Yemen. Between the start of the conflict (in 2015) and 2018 Lockheed Martin has sold approximately 6,600 weapon systems and missiles to this coalition consisting of Saudi Arabia, Bahrain, Egypt, Jordan, Kuwait, Morocco, Sudan and the United Arab Emirates (UAE).

According to the UN, the ongoing civil war in Yemen has killed or seriously injured at least 15,000 people. There is strong evidence that the Saudi-led coalition acts in violation of International Humanitarian Law. The coalition airstrikes fail to make a distinction between military objectives and civilian objects. Airstrikes have reportedly attacked residential areas, medical facilities, markets and other clearly civilian targets.

Lockheed Martin continues to deliver weapons to the Saudi-led coalition despite of the evidence of violation International humanitarian law by this coalition. Therefore, in June 2016 an OECD complaint was filed against Lockheed Martin and Boeing for their breaches of the OECD guidelines. The complained stated that the companies’ products are likely to have contributed to human rights violations in Yemen and that the companies failed to do adequate due diligence.

Controversial weapons Lockheed Martin is increasingly involved in the research and development of autonomous weapon systems. Lockheed Martin is developing so-called Lethal Autonomous Weapon Systems (LAWS), that can decide when, against whom and how they will use force without meaningful human intervention. There are serious doubts that these weapon systems will be able to make distinctions between combatants and civilians and are able to assess what kind of force is proportional under international humanitarian law. While fully autonomous weapons are not yet deployed, weapons with autonomous features produced by Lockheed Martin have been in Afghanistan.

More than 20 pension funds, asset management companies, and insurance companies have excluded Lockheed Martin from their investments because of the company’s involvement in the production of nuclear arms and/or cluster munitions.

Lockheed Marin is one of the largest contributors to members of Congress with influence over nuclear weapons spending.

Ajai Shukla: No thanks, you're blacklisted

Recommendation concerning the exclusion of Lockheed Martin Corp. from the investment universe of the Government Pension Fund Global

Letter to the Ministry of Finance
2013-06-13 00:00:00 | Council on Ethics of the Norwegian Government Pension Fund Global
ngo documents

The SIPRI Top 100 arms-producing and military services companies in the world, 2017