Home › Blog
The Equator Principles have two big problems: a fossil-fuel problem and an accountability problem
Either they get solved at the annual meeting of signatories starting today in Seoul, or the principles risk fading into irrelevance
By: Margaux Day - Accountability Counsel, Natalie Bugalski - Inclusive Development International & Ryan Brightwell – BankTrack
2022-10-17 Contact: 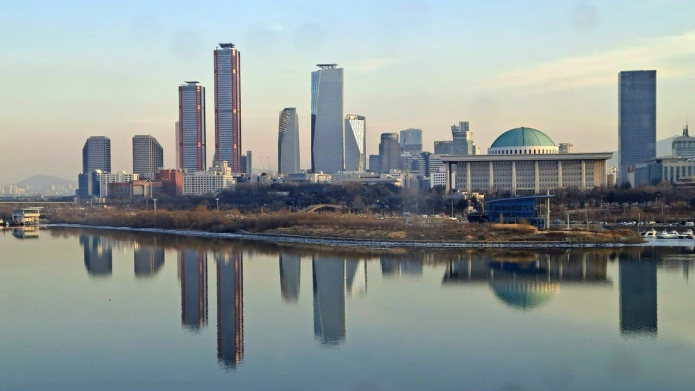 The Equator Principles have been adopted by more than 130 banks in 38 countries as their set of rules for managing the environmental and social risks of large infrastructure and industrial projects that they finance. These types of projects can have serious and irremediable impacts on people and the planet, so the Equator Principles have a vital job to do. Unfortunately, they have two big problems that prevent them from doing it well.

First, the fossil fuel problem. As the world is buffeted by one natural disaster after another, it has become clear that we cannot afford new fossil fuel projects, anywhere. This has been acknowledged by numerous internationally recognized authorities, including the Intergovernmental Panel on Climate Change, the IEA, the chairs of the Glasgow Financial Alliance for Net Zero, the UN-backed Race to Zero campaign, and the Secretary General of the United Nations.

Yet the Equator Principles still allow banks to proceed with financing new coal power plants, crude oil pipelines and gas terminals as long as they ensure the environmental and social impacts are “properly managed.” The idea that such climate-wrecking projects can “manage” away their damaging impact on the planet is obviously wrong. It is past time that the Equator Principles completely rule out financing of new and expanding fossil fuel projects.

This is not just a theoretical problem. Since 2016, signatories to the Equator Principles self-report having financed 195 separate new fossil fuel projects. Right now Equator signatories Standard Bank of South Africa and Sumitomo Mitsui Banking Corporation of Japan are busy advising TotalEnergies on how to attract project finance for the East African Crude Oil Pipeline (EACOP), which will facilitate new oil extraction in Uganda’s Murchison Falls national park and generate up to 34 million tons of CO2 emissions each year for many years to come.

The EACOP will not only exacerbate climate change, there is also ample evidence of risks to local communities, wildlife and important water resources, and serious human rights violations have already occurred. If Equator signatories do proceed with financing such a damaging project, what recourse would communities have to seek justice for harms from the banks that allowed this to happen?

This leads us to the Equator Principles’ second big problem – accountability. Affected communities have no way of holding project developers or lenders accountable to their commitments under the Principles.

Civil society groups, including ours, and other experts have long called on the Equator Principles Association, the Principles’ governing body, to develop an accountability mechanism to address alleged breaches and provide for effective remedies to communities who suffer harm. Development banks like the International Finance Corporation (on whose rules the Equator Principles are based) have had such mechanisms for years. The Equator Principles Association finally committed to consider developing its own when it released the latest version of the Principles in late 2019. However, the current Association chair, Amit Puri of the UK’s Standard Chartered Bank, unceremoniously discarded the idea in a recent webinar.

“The short answer to the question ‘Is there going to be an EPA level accountability mechanism’ is no,” said Puri. “When we think about the fact that we can name barely two international banks that have their own accountability mechanism, trying to introduce one for 134 and having consensus to get them to vote on it is extremely difficult, as you would imagine.”

Instead, Puri said, the Equator Principles will focus on “ensuring remedy is available at the project level.”

While we agree that projects should establish their own effective complaints processes, our research suggests a majority of Equator projects lack any such grievance mechanism. Moreover, complaints mechanisms established by project developers—the very companies that cause the harms in the first place—are frequently ineffective at resolving community complaints, especially those involving complex and widespread harms. We know from our experience representing communities that mechanisms that are independent of the project developer are more effective at resolving these types of complaints.

Puri is pessimistic about getting all Equator signatories on board, but we see a way forward. The Association could start by piloting an accountability mechanism with its most progressive members who are truly committed to human rights and environmental protection. Over time, a pilot would demonstrate to more reticent members the value of a consistent industry process for identifying and addressing environmental and social issues and risks to their investments without having to establish their own separate grievance processes.

We also propose a second way to address the accountability problem. The Equator Principles rightly recognize as a strength its requirement that environmental and social commitments be incorporated into financing agreements. But these covenants do not go far enough to enforce the Principles or to ensure access to remedy when they are breached. The logical next step is to provide for enforceability by requiring that signatories include clauses in all financing agreements that give both the lenders and affected communities, as third party beneficiaries, rights to pursue remedy through arbitration against project developers. The Hague Rules on Business and Human Rights provide model clauses and procedures for the arbitration of the type of disputes that are common with respect to Equator Principle projects.

There is a clear responsibility under the UN Guiding Principles on Business and Human Rights for industry initiatives, like the Equator Principles, to ensure effective grievance mechanisms are available, so that rights-holders can hold the initiative and its members accountable if the principles they commit to are not met. Without such mechanisms, the UN warns, the legitimacy of such initiatives may be put at risk. Above, we have proposed two concrete ways that together could address the Equator Principles accountability problem and salvage its legitimacy before it’s too late.

As Equator banks meet in South Korea this week, they have another chance to address the climate and accountability problems. If they don’t, they risk the Equator Principles project becoming irrelevant for its failure to cogently address two of the defining issues of our time.

Note: This blog was ammended as an earlier version referred to the Net Zero Banking Alliance in place of the Glasgow Financial Alliance for Net Zero in the second paragraph.