Home › Blog
Oil and gas financiers are staring down the barrel at $1 trillion in losses: time to rein in support for new pipelines
By: Greig Aitken - Global Energy Monitor
2021-02-16 Share this page: 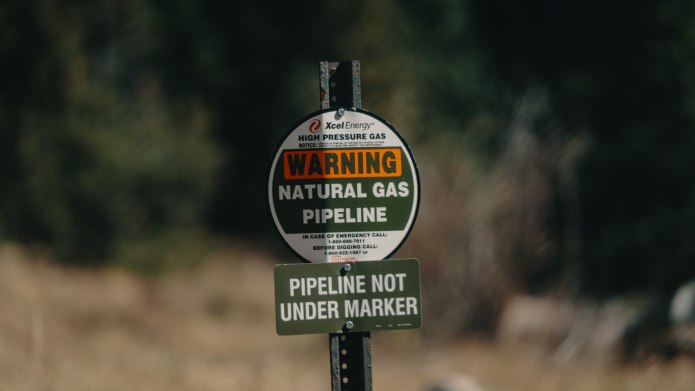 After four years of climate change denialism at the White House, US President Joe Biden has quickly moved to reinstall reality, and then some. If day one of the new administration duly delivered the widely trailed re-entry of America into the Paris Climate Agreement and the cancellation of the permit for the $9 billion Keystone XL oil pipeline, a week later on January 27 Biden’s 7,500+ word executive order on climate policy landed – with a notable emphasis on ending US support and financing for fossil fuels overseas.

That same day the US’s new climate envoy, former Secretary of State John Kerry, wasted no time in singling out gas as a top priority for global action, telling a virtual meeting of the World Economic Forum: “If we build out huge infrastructure for gas now and continue to use it as the bridge fuel … we’re gonna be stuck with stranded assets in 10 or 20 or 30 years.”

Kerry’s flagging of the ‘bridge fuel’ myth to political and business leaders is telling. It’s the gas industry’s big climate lie that methane, more than 25 times as potent as carbon dioxide at trapping heat in the atmosphere, has a role to play in the clean energy transition. And it’s the dangerous myth, according to research published this month, behind why over 82% of all pipelines currently in development the world over are designed to carry gas.

Global Energy Monitor (GEM) has identified a planned 212,000-kilometre expansion of oil and gas pipelines which, if realised, would support a lifetime increase in oil and gas CO2 emissions of 170 gigatonnes, only 15% less than the projected lifetime CO2 emissions of the currently operating global coal plant fleet. It’s a recipe for climate disaster and also financial disaster, given the commitments to transition to carbon neutrality by mid-century which have now been made by most of the world’s large economies.

GEM has put a price tag on John Kerry’s pipeline stranded assets rallying cry, estimating the capital costs for this potential fossil fuel blow out at US$1 trillion. These are projects already under construction or in pre-construction development, so the money involved could be mobilised in the short- to medium-term, despite growing public resistance to pipelines.

Something is going to have to give, and it’s clear from the US oil and gas industry’s reaction to the Biden executive order that if it’s shocked and beginning to see the writing on the wall, it’s far from awed and won’t be cowed easily.

Finance has to step up

The finance industry’s reaction – action not rhetoric – to the Biden ‘climate effect’ will be crucial here and one of the UK’s largest asset managers has already read the newly configured room. Aviva Investors two weeks ago let the financial world know that it has written to 30 of the largest oil, gas and coal companies and effectively threatened to divest from them if they don’t start to set out credible net zero transition plans. Significantly, Aviva is also telling these major polluters that it’s prepared not just to dump their stock, but it could also become allergic pretty quickly to their sale of bonds, which corporates have increasingly turned to in recent years to raise capital.

Other key debt financiers – Wall Street and other international commercial banks – must surely now be emboldened by the fresh political mood music on climate, not to mention the rapidly converging financial and social license risks attached to oil and gas.

They need to deal with oil and gas pipelines (and LNG terminals too) as most of them have done with toxic coal plants, Canadian tar sands projects and Arctic oil exploration over the last five years. And this requires the introduction of formal finance policies which starve pipeline expansion companies of new loans and access to bonds.

GEM also zoomed into the financing of the midstream infrastructure connected with the Permian Basin in the United States, which has surpassed Saudi Arabia’s Ghawar Field to become the biggest-producing oil field in the world. Over US$100 billion in bank loans and bond issues from more than 100 institutions was identified since 2014, with Japanese banks leading the way. Linking all of these institutions? An almost total unwillingness to formally rein in funding support for the main arteries of the fossil fuel sector.

Just two years ago, the previously highly conservative European Investment Bank, the EU’s bank, was a convinced supporter of fossil fuel projects around the world. Last month, and with a policy now in place which stamps out multi-billion dollar funding support for fossil fuels, the bank’s president told reporters, “To put it mildly, gas is over.”

The finance sector can move quickly on oil and gas pipelines – and, to put it mildly, most of it still needs to. If a February 5 tweet from John Kerry is anything to go by, he and the new US Treasury Secretary Janet Yellen appear to be ready to give at least Wall Street the necessary push.

Global Energy Monitor is a network of researchers developing information on fossil projects and energy alternatives. GEM’s databases are used by Bloomberg Terminals, the World Bank, the United Nations Environment Programme, International Energy Agency and many other organisations. Current projects include the Global Fossil Infrastructure Tracker and the Global Coal Plant Tracker.