Home › Blog
It's time for impact divesting: the Global Coal Exit List for the finance industry is launched
By: Heffa Schücking - urgewald
2017-11-09
Share this page: 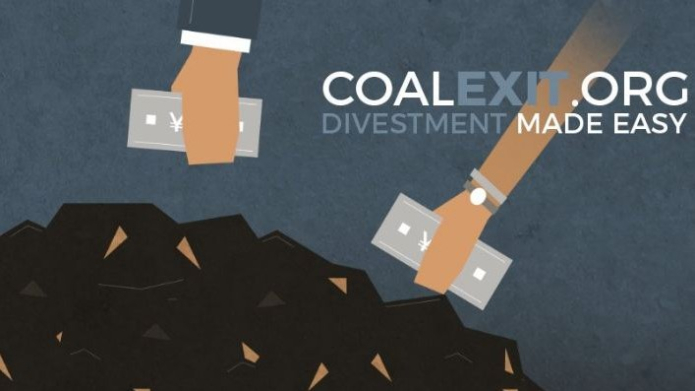 At the UN Climate Summit today in Bonn, urgewald and our partners published the 'Global Coal Exit List' (GCEL), a comprehensive database of companies involved in the thermal coal value chain.

While most coal databases used by the finance industry only cover around 100 companies, the GCEL provides key statistics on over 770 companies whose activities range from coal exploration and mining, coal trading and transport, to coal power generation and the manufacturing of coal plants.

We developed the GCEL to provide the finance industry with a concise list of companies that should be divested. Simply put: keeping to a 1.5°C pathway will be impossible unless banks and investors make a speedy and full exit from investments in the coal industry. But to do so, they must know who the industry is.

It is not always easy to identify coal companies. They can hide behind names like ‘Lemur Resources’, ‘Silver Unicorn Trading’ or ‘Africa China Sunlight Energy’. Our research shows that the universe of companies with significant coal-related business is much larger than investors think. Effective divestment from the coal industry requires solid company-based data and this is what the GCEL provides.

All in all, the companies listed in the GCEL represent over 88% of world coal production and 86% of the world’s coal-fired capacity. And we’ve already received some great investor feedback. Sylvain Vanston from the Corporate Responsibility Division of the insurance company has told us: “The GCEL is amongst the most thorough coal databases we have seen. It is a great tool for investors who want to move their portfolios away from coal.”

A unique feature of the GCEL is the fact that it also provides information on companies’ plans to expand coal mining or develop new coal-fired power stations. It is thus the first ‘forward-looking’ coal divestment tool.

Identified in the new database are 225 companies that are planning to expand coal mining and 282 companies that are planning new coal-fired power stations. And we’ve discovered that a significant portion of these companies are not traditional coal industry players. A typical example is Marubeni – a huge diversified Japanese trading house, but also the world’s 26th largest coal plant developer with plans to build new coal plants with over 5,800 megawatts of capacity in nine countries.

After urgewald shared the GCEL data with Bill McKibben, the founder of 350.org, he got back to us saying: "It’s astonishing that by 2017 there’s anyone left in the world who wants to keep building coal-fired power plants – there really isn’t a more destructive path they could be taking. It’s a good thing that there is now a list of precisely who’s behind these plans."

The coal universe is diverse

In contrast to most other coal databases, the GCEL is not limited to coal miners and coal-based utilities, but also lists over 200 so-called ‘service’ companies. The universe of coal-based business models is very diverse. It includes companies whose major business is coal exploration, processing coal, producing specialised equipment for coal mining, transporting or trading coal, converting coal to oil or gas, manufacturing equipment for coal power stations and many other activities along the thermal coal value chain. These companies should be divested along with coal mining and coal power companies.

Among the ‘service’ companies featured in the GCEL are Australia’s largest coal transporter, Aurizon, and the Chinese company Harbin Electric, which is the world’s largest coal plant manufacturer. Such ‘service’ companies often play a key role for the expansion of the coal industry. Whether or not we will see Botswana, Northern Mongolia or Central Borneo being opened up for coal production hinges on the development of coal railways built by transport companies. And coal equipment suppliers and manufacturers of coal-fired power plants often play an important part in securing finance for these plants.

Even progressive investors generally only exclude companies that derive a significant percentage of their revenues from coal mining or coal power: 50% or 30% are the most commonly used thresholds. For instance, CalSTRS in the US and France’s AXA base their divestment actions on a 50% coal revenue threshold. CalSTRS, however, only applies this threshold to coal miners and not to coal power companies. Germany’s Allianz and the Norwegian Government Pension Fund divest companies if over 30% of their revenues or power generation is based on coal.

Yet such percentage criteria only measure the relative importance of a company’s coal operations to its overall business. The impact a company has on our climate, however, depends on the absolute size of its coal operations.

The GCEL, therefore, not only maps out which companies have a coal share of revenue or coal share of power generation above 30%, it also lists all companies which produce over 20 million tons of coal annually or operate more than 10,000 MW of coal-fired capacity. The absolute threshold applied by the GCEL is very high: 20 million tons is the entire annual coal consumption of a country like Italy. As not all utilities report on their coal consumption, however, the GCEL also uses a 10,000 MW threshold. Utilities with an installed coal capacity of 10,000 MW invariably burn over 20 million tons of coal per year.

The reasoning behind this? If we are serious about limiting global warming to 1.5°C, percentage criteria are simply not enough. Divestment actions must also be based on absolute thresholds that exclude all of the top coal producers and top coal plant operators.

Out of the 328 coal miners profiled in the GCEL, 30 companies account for over half of the world’s annual coal production. Many of these top coal producers are not captured by the percentage criteria on which investors base their divestment actions. Only 11 of these 30 companies have a coal share of revenue which is above 50%, and only 20 have a coal share of revenue above 30%.

Out of the 324 coal plant operators profiled in the GCEL, the top 31 companies own over half of the world’s installed coal-fired capacity. Almost a third of these companies, however, have a coal share of power generation which is less than 50%.

If we look at how many top international banks are now treating coal power, there are big loopholes which need to be plugged. Even the most progressive bank policies only exclude companies if 50% or more of their power generation is coal-fired, therefore new standards need to be adopted. Otherwise investments in top coal plant operators are invariably going to end up as investments in a 4°C world.

A who’s who of companies driving coal expansion

Climate scientists concur that we need a speedy exit from coal-fired power generation, yet according to CoalSwarm’s 'Global Coal Plant Tracker' there are currently still over 1,600 new coal plants in the pipeline. If built, these would expand the world’s coal-fired power capacity by a staggering 42.7%. The GCEL identifies 87% of the companies behind these plans, but it also shows the need for a new approach to coal divestment. Out of the top 120 companies planning new coal power stations, only about half have a coal share of power production above 30%.

Standard investor approaches to decarbonise their portfolios remain far too slow, and fail to capture most of the companies pushing forward this frightening pipeline of new coal projects. The first step, therefore, which banks and investors need to take is to stop investing in companies planning new coal-fired infrastructure and coal mines. The GCEL provides a comprehensive list of who those companies are.

Our colleague Lidy Nacpil from the Asian People’s Movement on Debt and Development reminds what is at stake, especially in south-east Asia where coal power development plans are pronounced: “Climate change is already having devastating impacts from Pakistan to the Philippines and each new coal plant brings us closer to the point of no return. The finance industry needs to take note that every dollar it invests into coal plant developers such as NTPC, KEPCO, Marubeni or PowerChina is a vote for run-away climate change.”

Impact divesting from the coal industry

For now, most coal divestment actions cover only a small part of the coal industry and fall short of what is needed to truly align investors’ portfolios with the 1.5°C goal set out in the Paris Climate Agreement. The GCEL seeks to directly address this and is ultimately based on the idea that investors now need to:

The GCEL is a practical tool which enables financial institutions to identify the ‘coal content’ of their portfolios, to avoid new coal investments and to accelerate their departure from the industry – and we hope it will be widely used.

After all, a speedy exit from coal investments by the finance industry is not just a question of avoiding stranded assets, but of maintaining a livable world.

Some further links related to the Global Coal Exit List:

A regional and country overview of the coal industry