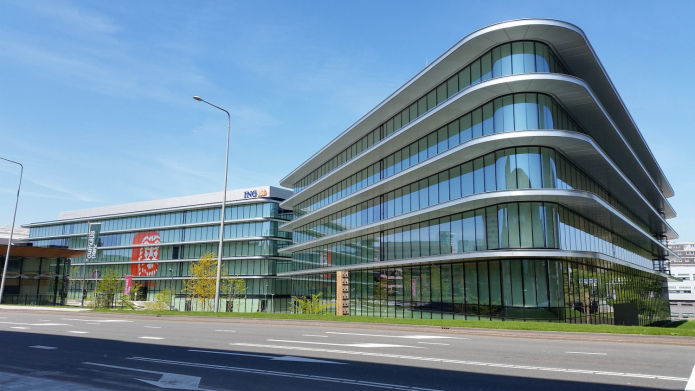 ING, the Dutch bank with its Amsterdam headquarters situated two meters below sea level, has indeed good reasons to aspire to be a leader on climate action. Already in 2015, in the run-up to the Paris climate summit, ING became one of the first major banks to restrict finance for new coal. After tightening this policy further in 2017, the bank launched the Katowice statement in 2018, in which five signatory banks committed to “steer their loan portfolios towards the well-below two-degree goal of the Paris Agreement”. It then went on to develop its Terra approach as its method of aligning its financing of nine high impact sectors with the Paris climate goals, positioning itself as the bank that will finance the technology shift required for this.

Terra’s core tool, PACTA for Banks, is now in use by dozens of banks globally. However, until its recent revision, the Terra approach was aligned with the International Energy Agency (IEA)’s 2017 Sustainable Development Scenario (SDS), which only gives a 66% chance of staying below 1.8°C, reaches net-zero by 2070 and allows for decades of continued fossil fuel expansion. To its credit, ING always acknowledged that the SDS scenario did not deliver on the lower 1.5°C target of the Paris agreement and repeatedly committed to switch to a more ambitious senario the moment such a pathway would come available.

When the IEA launched its Net Zero by 2050 Roadmap last May, ING kept its word; last August, ING joined the Net Zero Banking Alliance (NZBA), a growing group of banks publicly committing to reach ‘Net Zero by 2050’, and set interim reduction targets for 2030. A month later, when publishing its ‘first Integrated Climate Report’ over 2020, the bank in the accompanying press release committed to integrate the new 1.5°C target into its entire Terra approach, though only by the end of 2022, in line with the lavish timeline provided under the NZBA initiative. It also communicated that, in order to align with the new IEA scenario, it had already decided to aim to reduce funding to upstream oil & gas by 12% by 2025, compared to 2019.

“This report highlights what ING is doing to take on the existential threat of climate change.” CEO Steven van Rijswijk was proudly quoted in the press release. International media were also enthusiastic.

But just how much reason is there really for all this enthusiasm? Is the bank really doing all it could do, as one would expect when faced with ‘an existential threat’? The answer is no.

Take the 12% reduction target for upstream oil & gas. While this sounds impressive, page 55 of the integrated climate report shows that ING already reduced this portfolio from US$ 3.986 billion in 2019 to US$ 3.623 billion in 2020 – a 9% cut. To reach its 12% reduction target, the bank only needs to shave off a meagre US$ 115 million of its remaining portfolio over the next four years, or US$ 29 million per year. Not exactly a clean break with the industry widely regarded as driving the climate crisis.

Second, the 12% target only applies to upstream oil & gas, so all activities related to the exploration and production of oil & gas. It makes no mention of mid- and downstream oil & gas, leaving the door wide open for financing, for example, oil & gas pipelines, or LNG terminals; infrastructure which plays a key role in fossil fuel expansion.

There are further limits to INGs climate commitments. The Terra approach only applies to ING’s lending portfolio, not to underwriting of shares and bonds issuances. As globally, two thirds of fossil fuel financing by the banking sector consists of underwriting, as shown in this year’s Banking on Climate Chaos report, this leaves considerable manoeuvring space for ING to keep supporting oil & gas companies.

Finally, nowhere in the latest climate report does ING explain its stance on financing fossil fuel expansion, defined as any activity aimed at further increasing  the exploration and production of oil & gas, or expanding oil & gas infrastructure. This is particularly noteworthy as one of the most important conclusions of the IEA NZ2050 report is that there is “no need for investment in new fossil fuel supply in our net zero pathway”, aligning with conclusions that civil society groups had already reached years ago.

Recently, IEA director Dr. Fatih Birol, when commenting on the Cambo oil field, a planned new oil exploration project in the Northern Atlantic, was even clearer than his organisation had been in its Net Zero roadmap: “We do not need anymore to explore, discover new oil reserves. The ones we have already today are more than enough to meet demand”. It is sobering that ING is one of the banks providing credit to the planned operator of the new field.

This brings us to the heart of the matter: a commitment to reduce portfolio size does not preclude the financing of new oil & gas expansion projects, as at this point in time all banks must do. When acting against an ‘existential threat’, one aims to reduce its root cause, not expand it. For ING and all other banks this must mean a commitment to immediately stop financing all oil & gas expansion, much in the same way as ING earlier committed on coal. The bank must also provide full clarity on how it is “making choices about who and what we do or do not finance”, (p. 27 of the report) and drop all oil & gas clients that are unwilling to align their business with the 1.5°C pathway .

To genuinely align its Terra approach with the full message of the IEA NZ2050 scenario, ING needs to not only obsess with aligning with scenarios but also heed the call for an immediate end to the financing of new fossil fuels. Only when it commits to take this step will the bank be able to position itself as the climate leader that the banking sector so desperately needs.