Home › Blog
GFANZ leaders give “personal view” against coal financing: they should make it official
By: Reclaim Finance
2022-08-31
Paris, France
Share this page: 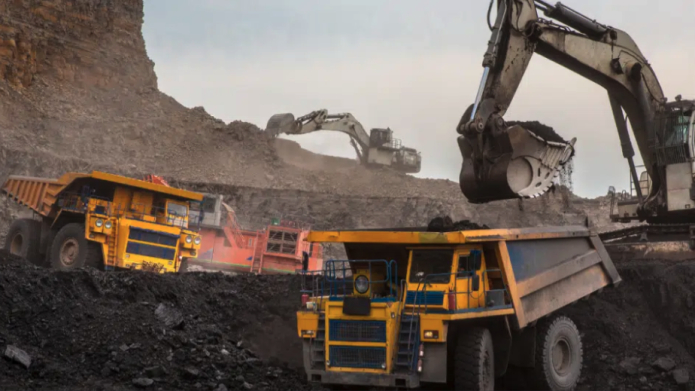 The top three leaders of GFANZ recently issued a statement calling for an end to financing of new coal projects. They should be commended for sending such a clear message on coal — and for referring to the new Race to Zero requirement for GFANZ members to “phase down and out” support for all “unabated” fossil fuels. However the statement was made only in their personal capacities and is not an official GFANZ statement. GFANZ should issue an official “no coal” position, and its leaders need to make clear in their official capacities that the sectoral GFANZ sub-alliances must update their guidelines to comply with the Race to Zero.

The co-chairs of the Glasgow Financial Alliance on Net Zero (GFANZ), Michael Bloomberg and Mark Carney, and the vice-chair Mary Schapiro, issued a statement  entitled “No New Coal” on August 22. The authors say “we want to be equivocal on this point: there is no rationale for financing new coal projects (original emphasis).” They note “all rigorous science-based pathways” show that “new coal capacity (both extraction and power generation) is inconsistent with achieving net zero and limiting global warming to 1.5°C.” They also say that they want to reinforce demands “for the phaseout of all unabated coal in advanced economies by 2030 and globally by 2040,” and they “welcome the UN Race to Zero’s requirement that members clearly state how they will accelerate the phase-down and phase-out of existing coal assets.”

The statement goes beyond coal to the oil and gas sector in citing the new UN Race to Zero criteria which require GFANZ members to “phase down and out all unabated fossil fuels.” It also cites the text in the Race to Zero’s “Interpretation Guide” that the Race’s members (which include all GFANZ members) “must restrict the development, financing and facilitation of new fossil assets in line with appropriate scenarios. Across all scenarios this includes no new coal projects.” (1) It is encouraging indeed that these heavyweights of the climate finance world are repeating the Race to Zero’s call for restricting finance for fossil fuel expansion.

Pushing back against the pushback

There have been signs in the media recently of pushback from inside the GFANZ alliances — and even from inside the UN Environment Programme’s financial institutions division, convenor of the three of the alliances — to the obvious reality that the alliances and their members will have to upgrade their guidelines and policies to align with the new Race to Zero stipulations. (2) So it is particularly encouraging that Bloomberg et al. recognize that the Race to Zero criteria apply to all GFANZ members. The statement explicitly states that:

In line with the UN Race to Zero criteria, members of the net-zero financial sector alliances must identify and end any financing and investing in support of new coal activities. Their compliance with these new criteria will be assessed by June 2023. More generally, as part of their transition planning, members must establish and apply financing policies to phase out and align carbon-intensive sectors and activities, such as thermal coal, oil and gas, and deforestation, not only through asset divestment but also through transition finance that reduces real world emissions.

The authors note the “significant operational and social challenges” to ensuring a just transition away from coal. They explain that GFANZ seeks to assist these efforts including via its ongoing work on developing a framework for the managed phase-out of high-emitting assets (3), and its efforts to promote new mechanisms to finance the energy transition in developing countries.

The authors conclude by committing to work “alongside our teams in the GFANZ secretariat and UN Race to Zero” in order to help the “sector-specific alliances, individual financial institutions, and other relevant parties” to overcome the challenges of ensuring a just transition away from coal. It is encouraging to see this commitment, but the GFANZ leaders need to go further than “helping” the alliances and their members to transition away from coal: they need to also help them transition away from all fossil fuels, and insist that they do so, starting with ending their support for fossil fuel expansion.

It is disappointing that the statement contains a disclaimer that “hese remarks reflect the personal views of the authors.” The leaders of GFANZ should be able to speak in their official capacities when discussing the implementation of the Race to Zero criteria given that alignment with these criteria is a basic feature of the GFANZ structure. Furthermore, the good words of this statement must be followed through with actions, in particular to push the sectoral alliances of banks, investors and others that make up GFANZ to update their guidelines and strengthen — and implement — their processes for ensuring that their members comply with these guidelines.

To clarify the responsibilities of GFANZ members, the alliance should issue an official “no new coal” statement, and its leaders need to make clear in their official capacities that the sectoral GFANZ alliances are required to update their guidelines to comply with the Race to Zero, and to require their financial institution members comply with these guidelines.

This blog was originally posted here