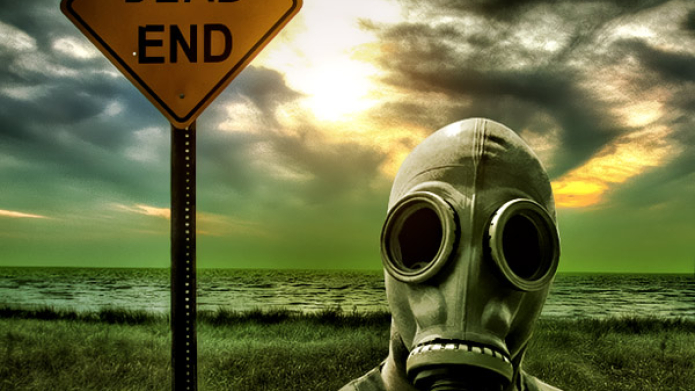 On March 18 DTEK, the Ukrainian power giant and the country’s biggest coal company, announced its financial results for 2015, and they painted a very bleak picture. The company’s net electricity output dropped 20%, electricity exports were down by 55%, and its debt was confirmed as having reached USD 2.2 billion.

Just the week before, on March 10, Fitch Ratings downgraded DTEK’s credit rating from ‘C’ to ‘RD’ – restricted default, which is Fitch’s final rating before bankruptcy when a company has defaulted on a bond, loan or another financial obligation. Half of DTEKs excessive and decrepit coal-fired power plants are now standing idle and turning into scrap metal.

In short, then, DTEK has become completely insolvent and unable to service its debt in accordance with its obligations. Is this all just bad luck, or is it the result of huge, blind risk-taking?

Ten years ago DTEK was one of the top private companies in Ukraine, enjoying apparently record growth rates and with the potential to become a private energy monopoly. DTEK’s founder and solitary owner, Rinat Akhmetov, had solid political backing and business partners both in the east and the west, and was cashing in – untroubled – on a highly favourable environment for the apparently unlimited expansion of his business empire. The company’s prospects seemed bright and secure, at least in the view of investors. But now, in the eleventh year of its operations, DTEK’s performance has become a nightmare for every investor.

This fall from grace has been coming. DTEK and its investors were banking on a major expansion of the coal sector at a time when the energy sector should have been shifting course towards a gradual, controlled phase out of coal to protect the climate and people’s health. It was an ideal time to embark on the switch to renewables. Instead, and only encouraging DTEK’s strategy further, too many banks threw more millions at coal.

The sustainability reports and websites of investors were full of proclamations related to climate change and the environment, but their 2005-2013 performance in Ukraine stands in stark contrast to their warm, eco-friendly words. Instead of helping foster sustainable development, these banks have contributed to strengthening the chains of inefficiency and corruption which have bound Ukraine to the dirtiest source of energy – coal.

In 2006, the Ukrainian government failed to reform the coal industry (which would have meant the introduction of unpopular policies such as the closure of a large number of mines) and instead surrendered it to the powerful Donetsk clan. Consequently, the coal industry became a source of vast profits for former president Viktor Yanukovych and his entourage (including Rinat Akhmetov), and resulted in a burgeoning black hole in the country’s budget, with ever-increasing state subsidies for coal mining which reached 1.5 billion euros in 2013. Instead of reforms in the energy sector, we saw the rise of a criminal regime, which ended up driving the country to national disaster.

Now another turning point is approaching. As in 2006, we are at another crossroads and financial choices will define the future of Ukraine’s energy sector for at least the next ten years. According to the International Energy Agency, renewables are already taking over globally, but to maintain the pace of deployment required to stay on a livable planet we need major investments in decarbonisation in every country. And Ukraine has to be viewed as low-hanging fruit in this context, given that it ranks among the world’s top 20 emitters and has huge potential for emission reductions. This is why it’s now time to make determined, coordinated efforts to recover stranded capital from coal, mitigate financial losses before they become catastrophic, and direct major investments into a renewable energy future.

Now troubled European investors such as UniCredit Group, Deutsche Bank and Erste should be focusing not on DTEK itself, but instead on the company owner Rinat Akhmetov and carefully watch his moves –  if the banks hope to recover at least part of their investments, it’s about time to bring Akhmetov to account financially.

However, the culmination of this drama may happen very quickly if DTEK’s Russian investors – Sberbank, VTB and Gazprombank – try to recover their own stakes in DTEK through bankruptcy procedures aimed at seizing its assets. When DTEK goes bust its owner will do everything possible to extract as much capital as possible and funnel it elsewhere. The European banks in question risk being left with nothing if the very likely joint pillage involving the Russians and Akhmetov proceeds unhindered.

As elsewhere, in Ukraine major international banks and investors must now take the lesson of their crumbling coal investments and ensure that they fully get behind efforts to kick start the renewable energy industry and the many benefits it will bring – including Ukraine securing real energy independence from Russia, which now controls a large chunk of the coal supplies to Ukraine.