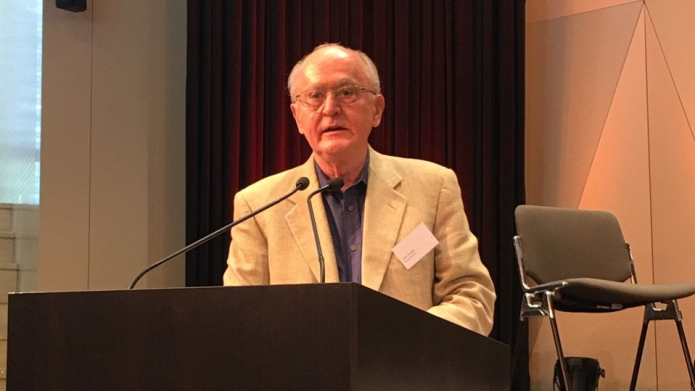 BankTrack and 18 other civil society organisations and academics have written to the Thun Group of banks urging it to make sure future discussion papers are developed on the basis of robust stakeholder consultation and review, if the group is to again play a valuable role in moving the debate on banks and human rights forward. In this feature for Responsible Investor, BankTrack's Human Rights Campaigner Ryan Brightwell reviews the controversy over the banks' January 2017 paper and the changes made in its December 2017 update.

Download the open letter to the Thun Group of Banks here.

The Thun Group’s January 2017 Discussion Paper “on the implications of UN Guiding Principles 13 & 17 in a corporate and investment banking context” caused significant controversy last year because it took as its starting point the assumption that banks would not generally be considered to be causing or contributing to adverse human rights impacts arising from their clients' operations.

This is significant because the UN Guiding Principles set out that where a business identifies that it has caused or contributed to a human rights impact, it should play a role in remediating the problem. In contrast, where it is directly linked to an impact, but has not caused it or contributed to it, it is not required to provide for remediation - though it may take a role in doing so.

Already under pressure to explain how they interpret this ‘responsibility to remediate’ - after avoiding the topic in their initial paper of October 2013 - the Thun Group banks seized on this aspect of the UN Guiding Principles to promote a minimalist interpretation of their responsibilities, under which they are rarely, if ever, responsible for remedying human rights violations resulting from their finance. The banks set out in their paper a series of seven hypothetical case studies in which banks were - in their own analysis -either directly linked or not linked to human rights impacts - but in no case contributed.

BankTrack and other allies from across civil society and academia sounded the alarm, raising our concerns in an open letter. Responses followed from the UN Working Group on Business and Human Rights and from John Ruggie, the author of the UN Guiding Principles, who expressed his “deep concern” with the paper and advised that “several of the hypothetical cases could fall into the “contribute to” harm category … depending on additional situational factors.” Following the paper, the Office of the High Commissioner for Human Rights also produced detailed guidance for the banking sector, including factors that may be used to determine whether a bank is causing or contributing to, or has a direct link to an adverse impact arising from its finance.

If all of this seems like largely theoretical discussion, consider that the January 2017 Discussion Paper came in the same month as US President Trump signed an executive order reviving the Dakota Access Pipeline, a project financed by seventeen large global banks, which - as many have since acknowledged - did not have the consent of Indigenous people affected. The banks were in a position to know the route of the pipeline before financial close, but there is no sign they took action to prevent the human rights impacts. And this example is far from unique - BankTrack has detailed eight recent cases in which banks look likely to have contributed to human rights abuses through their finance, typically through financing activities where such impacts were entirely predictable.

The Thun Group reacted to the furore it had caused by inviting its critics to its annual meeting in Thun, the lakeside Swiss town after which it is named. This engagement deserves credit, although in holding the debate at a meeting the banks convened themselves, they carefully kept control of the narrative.

The updated paper, published in December, does tidy up some unfortunate wording from the original, but the central problem - the assertion that banks do not generally contribute to human rights abuses through their finance - remains at centre stage. The paper provides welcome clarification that banks may contribute to such impacts in theory, but only “under exceptional circumstances”. The paper still “proceeds on the basis that is the appropriate focus for banks if their clients (in the context of a corporate and/or investment banking relationship) cause or contribute to adverse human rights impacts” - the very reason the original generated such criticism.

Perhaps most problematically, the revised paper fails to address the comments by Professor Ruggie that the paper’s first three case studies could all fall into the category of “contributing to” harm. Presenting these case studies without revision, particularly given the update’s positioning as simply a “paper” rather than a “discussion paper”, gives the clear impression that the banks are not meaningfully engaging with their critics, and consider that Professor Ruggie’s critique can be simply brushed off.

It is important for banks to remain engaged in discussions of their human rights responsibilities, if outstanding questions around access to remedy in particular are to be resolved. But banks would be well advised to stop trying to resolve such questions behind closed doors, without input and advice from a range of stakeholders, including the UN bodies with a mandate to advise on the interpretation of the Guiding Principles. The Thun Group banks should now show that they have learned from this bruising experience by clearly committing at their next meeting to fully take on board the advice of the UN Working Group and ensure that any future publications follow a robust process of stakeholder consultation and review to ensure their accuracy and legitimacy.

While the Thun Group banks’ position remains substantially unchanged, the clarification provided by its revisions should create space for banks, inside or outside the group, to go further in addressing their responsibilities to ensure human rights impacts arising from their finance are remediated. In the meantime, the reactions provoked by the paper have provided clearer guidance that banks can contribute to human rights impacts through their finance, and under what circumstances. As such, if the Thun Group banks intended to advance a minimalist interpretation of their responsibilities, their plan looks to have backfired, with the responses to the paper proving more influential than the paper itself.

This article was originally published in Responsible Investor on 26th March.