Home › Blog
As the world’s weather turns extreme, this complacency from the Equator Principles is unacceptable
By: Johan Frijns – BankTrack
2017-09-14 Share this page: 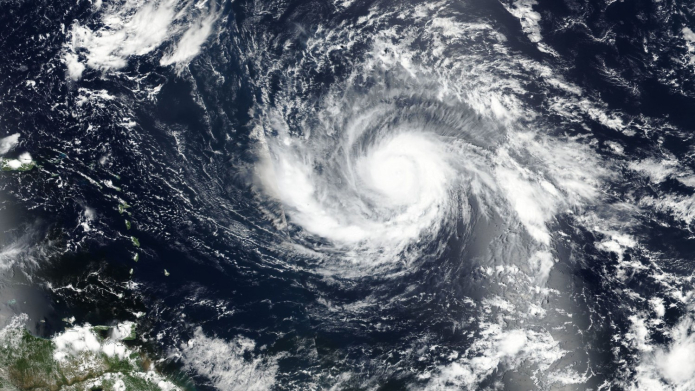 It’s been a month of extraordinary weather events around the world: a parade of four hurricanes in a week - Harvey, Irma, Jose and Katia - left a trail of destruction across the Caribbean, Mexico and the Southern US, while heavy monsoon rains have caused devastation in India, Bangladesh and Nepal. Meanwhile, record temperatures caused huge forest fires all over the Western US and Canada, and destroyed entire harvests throughout the Midwest.

It’s clear that man-made climate disruption is now with us and that such extreme weather events will become both more likely and more severe. There’s therefore an urgent need to keep fossil fuels in the ground to avoid such events from occurring ever more frequently.

One way to achieve this is for banks to commit to stop financing new fossil fuel extraction and infrastructure projects, which is precisely what our Global Call on the Equator Principles, launched two weeks ago, is asking all 91 banks that have adopted the Equator Principles to do. The call has already been supported by 145 groups and almost 2,000 people.

Yet the response letter we received from the Equator Principles Association last Friday (as Havana, Cuba was flooded and millions of Floridians prepared to leave their homes) seems to lack any appreciation of this urgency. Instead of announcing plans for far-reaching new commitments on how they will do their share to stop climate change, the Association promised … to discuss the matter further.

BankTrack launched the Global Call on the Equator Principles because, fifteen years into its existence as a self-declared ‘Gold Standard’ for sustainable lending for large infrastructure projects, climate disasters with deep impacts on climate change and Indigenous territories continue to be financed by its signatories - albeit now with an ‘Equator compliant’ seal of approval.

That’s why, together with 64 other organisations, we wrote to the Equator Principles Association in the run-up to its annual meeting on 24th October in São Paulo, Brazil, calling for the Principles to be completely revised to include solid commitments from adopting banks to bring their lending practices in line with the goals of the Paris climate agreement and to end all finance for new fossil fuel projects and infrastructure. In addition, the letter sought a commitment to fully respect Indigenous peoples’ rights and territories everywhere by committing to not finance projects that have not obtained the Free, Prior and Informed Consent of Indigenous communities they impact.

On climate change, the Association’s response is about as vague and non-committal as it gets, with only assurances that the topic will be discussed, updates provided, plenary sessions held, and case studies presented. However, these discussions focus on the risks climate change presents to banks’ own interests and the projects they finance. There is no sign that they recognise - let alone plan to address - their own role in contributing to climate chaos by their willingness to finance everything from coal power plants to tar sands pipelines, under the Equator Principles.

On respecting Indigenous Peoples’ rights, an equally urgent matter after the failure of the Principles to prevent violations of these rights in the case of the Dakota Access Pipeline (DAPL) and numerous other Equator projects, the signs are a little more promising. Following an intervention by ten Equator banks, the Association promises that it will be “actively considering” the current distinction between ‘designated’ and ‘non-designated’ countries - which wrongly assumes that projects in high-income countries like the United States need less scrutiny because human rights are already adequately protected by national law.

The urgent changes needed to the Principles mean the Equator banks must decide in São Paulo on a full revision to the current Principles. On this point, the letter provides no perspective whatsoever. The response states that historically the Principles have only been updated when the International Finance Corporation (IFC) revises its Performance Standards, to which the Equator Principles are pegged. As there are no signs that IFC is looking to update the Performance Standards any time soon, this would leave adopting banks stuck with the outdated 2013 version of the Equator Principles for years to come, as if the Paris Agreement of 2015 never happened.

With only five weeks to go until the 91 banks meet in São Paulo, it is up to us, and to the handful of Equator Banks that also wish to strengthen the Principles, to demand from the Equator Principles Association that it drastically steps up its ambition level and starts a revision process for the worn-out Principles of 2013.

A failure of this meeting to deliver will result in a fatal blow to the reputation of the Principles as a global sustainability standard, and in fact position the initiative as one that is actively accommodating breaches of Indigenous Peoples’ rights and contributing to the climate crisis currently driving more extreme weather events and stronger storms.

We call on you to help press this point and join the call: