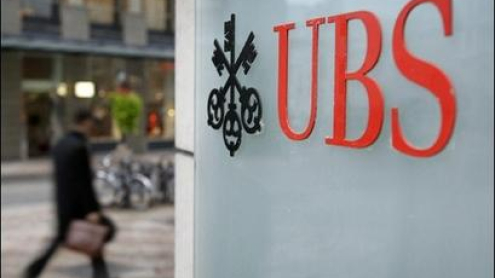 UBS, a financial heavyweight from Switzerland, is facing scrutiny by civil society organisations for investing in a proposed coal mine in Bangladesh. The Phulbari coal mine, proposed by GCM Resources Plc, is set to cause major social and environmental upheavals in the region, displacing upwards of 50 000 residents. Despite strong local opposition, investors UBS, RAB Capital and Barclays continue to back GCM with significant shareholdings. GCM Resources' strategic focus is the mine, and financial institutions with sights on easy profits derived from expropriation and significant environmental damage, are propping up a shaky project which has already been stalled for over two years.

Swiss based Berne Declaration and the BankTrack network recently wrote to UBS on behalf of local community representatives outlining the grave environmental, social and human rights problems associated with the project. As proposed, the Phulbari Coal mine is "open cut" meaning that between 140 and 300m worth of earth will need to be removed to access coal seams deep under ground. Some 50 000 residents will need to be relocated, potentially reaching 200 000 should full scale expansion plans be realised. Extensive damage to the UNESCO declared world heritage site Sundarbans mangrove forest, the largest single block of mangrove forest in the world, is also expected from port facilities. Energy production from coal poses substantial impacts on climate change, and is also inappropriate at a time when Bangladesh is appealing to the rest of the world to curb greenhouse gas emissions.

Despite the project having been reportedly cleared by advisors Barclays to satisfy the Equator Principles, development standards which encompass community and social considerations, the undertaking faces immense local opposition. In August 2006, 50 000 people protested outside the local offices of Asia Energy (now GCM Resources Plc). A paramilitary force peppered the crowd with bullets, killing five people, including a fourteen year old boy. Approximately 100 individuals suffered injuries from the shootings. Since then, GCM Resources Plc has fled the site and the Bangladesh government has signed an agreement with the local communities promising that the coal mine would be stopped. In January 2007, Bangladesh declared a state of emergency, and a military backed government was installed. The current ruling party has proceeded to infringe the fundamental rights of countless citizens whilst maintaining relationships with transnational corporations in an attempt to stoke foreign investment and additional income.

Without the developer's presence in the region and fearing reprimand from a heavy handed government, local opponents to the projects have little recourse within their own country or with project sponsors. Responsible financial institutions have been approached with evidence of environmental damage and extensive social harm, and have been asked to respect the human rights of those affected by divesting.

The Berne Declaration and BankTrack have offered to put financial institutions in direct contact with communities in the area.

Responding to questions about their 11% investment listed in GCM Resources Plc, the second largest listed shareholding, UBS denies any strategic interest in the company. The large multinational communicated that "it does not comment on potential or specific client relations or transactions or its investments in any particular company". UBS vaguely asserts to civil society and the communities affected that its holding may or may not be on behalf of other people.

Andreas Missbach from the Berne Declaration says "responding to victims of actual and potential human rights abuses in this way, UBS has shown complete disregard for its duties to stakeholders, selectively and irresponsibly hiding behind bank secrecy provisions".

The transparency of financial institutions' shareholdings is of major consequence to determine who is responsible for facilitating dodgy investments. Determining whether banks themselves are actual shareholders, or whether they are holding shares on behalf of another party, can sometimes be an impossible task for local communities. Banks have been known to take advantage of these vagaries to shun their responsibilities. Whoever are the real shareholders in GCM, by virtue of their involvement in share listings, financial institutions must fulfil their duty to respect the human rights of stakeholders.