Home › News
Two new reports confirm the need for lenders to exit responsibly from the Agua Zarca Hydroelectric Project in Honduras
Investigations come after the murder of renowned human rights defender, Berta Cáceres
By: SOMO and Both ENDS
2016-09-30
Amsterdam
Contact: 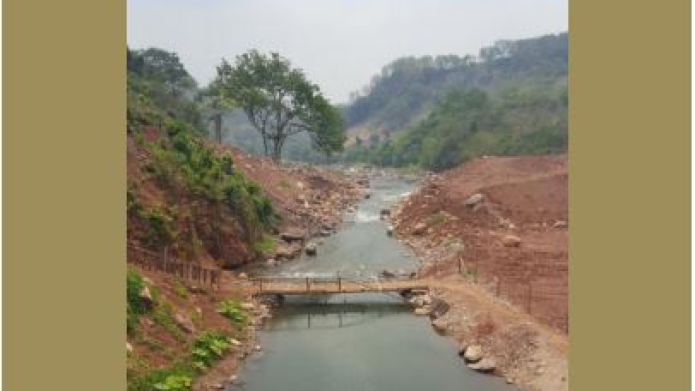 Last week, the report of an independent fact-finding mission (IM) commissioned by the Dutch development bank, FMO, showed that the lenders failed to ensure that the Agua Zarca Hydroelectric Project in Honduras complied with international standards. The report also stated that the project provoked and deepened violence amongst communities who would be affected by the project. In response to this report, the FMO committed to exit the project in a responsible way after they consult with all stakeholders. SOMO and Both ENDS welcomes FMO's exit from the project and cautions FMO not to pass along this flawed project to another lender.

The report was commissioned by one of the project financiers, FMO, after renowned human rights defender and fierce opponent of the dam Berta Cáceres was murdered in March 2016. The report follows one published last month by the United Nations Special Rapporteur on the Rights of Indigenous Peoples, Victoria Tauli-Corpuz, who condemned the Agua Zarca Project.

Project leads to violence and conflict
Both reports found that free, prior, and informed consent (FPIC) was not obtained from the indigenous Lenca community before FMO invested in the project. This is a violation of FMO's own policies and international human rights law. Failure to obtain FPIC led to significant opposition by the indigenous communities, which was met with acts of violence and intimidation, ultimately leading to the murders of two of its leaders. The IM report acknowledges that "..people in the area lived harmoniously and with no conflict prior to the Project commencement" and that the "introduction of the Project provoked disagreement and subsequently conflicts and violence."

The Special Rapporteur's report went further, questioning why the lenders did not take the violence surrounding the project more seriously, stating, "It is worrying that, despite this situation, the investing banks never saw a reason to question their support to the Project." She continued by finding that the violence makes it "difficult to justify the continuation of the Project even if it were possible to correct the problems related to the lack of prior consultation and adequate impact assessments."

FMO should ensure commitments and reform its policies
"While FMO's commitment to exit responsibly from the project is welcomed, it is imperative that the mistakes of the past are not repeated and that steps are made towards strengthening and improving FMO's policies," said Anna van Ojik, Policy Officer at Both ENDS. "These reports have demonstrated that FMO still has a long way to go to uphold its human rights responsibilities."

Inclusive development
"Sadly, this story is far from over. To honor Berta's legacy, the rights of the Lenca people must be respected by the Government of Honduras and all those who seek to develop their land and natural resources," said Kris Genovese, Senior Researcher at the Centre for Research on Multinational Corporations (SOMO).  "It shouldn't be a choice between a hydroelectric project or no development at all. The Lenca people must be allowed to determine their own development path."